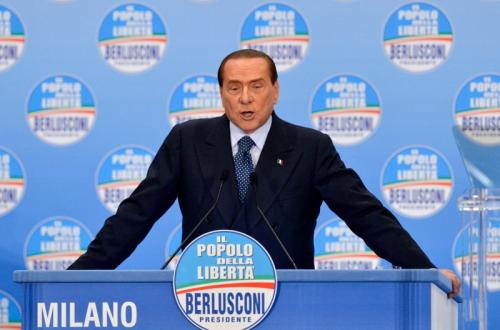 PHUKET: Syrian opposition leader Moaz Alkhatib urged Syrian President Bashar al-Assad’s government on Monday to start talks for its departure from power and save the country from greater ruin after almost two years of bloodshed.

Seeking to step up pressure on Assad to respond to his offer of talks – which dismayed some in his own opposition coalition, Alkhatib said he would be ready to meet the president’s deputy.

“I ask the regime to send Farouq al-Shara – if it accepts the idea – and we can sit with him,” he said, referring to Syria’s vice president who has implicitly distanced himself from Assad’s crackdown on mass unrest that became an armed revolt.

Speaking after meeting senior Russian, U.S. and Iranian officials, Alkhatib said none of them had an answer to the 22-month-old crisis and Syrians must solve it themselves.

PHUKET: Suspected Nigerian pirates have hijacked a French-owned Luxembourg-flagged tanker along with its 17-member crew off Ivory Coast, Ivorian officials and the International Maritime Bureau said on Monday.

The Gulf of Guinea area is second only to the waters off Somalia for piracy and there has been a spate of violent attacks in vessels in recent days, prompting the bureau to issue a security alert for the region.

The Gascogne was the second vessel to be seized off Ivory Coast in less than three weeks and the first to have been taken so far from shore.

Many of the pirate gangs are offshoots of militant groups that once operated in Nigeria’s oil-rich Niger Delta and mainly target ships carrying refined petroleum products that are easily sold on the local black market.

Ivory Coast authorities said the Gascogne had been chartered by South Korean petroleum transporter SK Shipping. It had taken on 3,000 tonnes of diesel fuel in Abidjan on January 30 but had already off loaded a portion of its cargo when it was seized on Sunday.

SEA-Tankers, the ship’s French owner, said it lost contact with the vessel on Sunday morning.

“We don’t know who (the attackers) are. We don’t know what kind of weapons they have… We don’t have the means to keep a watch over Ivorian territorial waters,” said Bertin Koffi Tano, Ivory Coast’s head of maritime and port affairs.

PHUKET: Italian Prime Minister Mario Monti spoke of the importance of women’s rights on Monday, while his election rival Silvio Berlusconi sought to have his latest hearing in a trial for underage prostitution postponed.

Berlusconi’s “Bunga Bunga” sex scandal was one of the factors that cut short his last spell as prime minister in late 2011 at the height of the euro zone debt crisis.

Monti, who took over as a “technocrat” premier, used a conference on female genital mutilation to underline the importance of women in Italy, which ranks 80th in the world for gender equality according to one league table.

“We must not allow people to abuse and exploit women and then forget them because they are no longer considered useful. We must acknowledge their intelligence, humanity and qualities that can be developed at all stages of their lives,” he said.

Around the time Monti was speaking, judges in Milan agreed to a request by Berlusconi’s lawyers to postpone by a week his trial for paying for sex with an underage prostitute, due to his busy agenda of interviews as he bids for a fifth term.

Several young women who had aspired to be showgirls on Berlusconi’s television channels have described lurid stripteases during parties at his Milan villa. He has said the parties were “elegant dinners” and denies any wrongdoing.

PHUKET: Belgium’s most notorious killer launched a bid for early release on Monday, despite little chance of getting parole.

Marc Dutroux, who was convicted of the kidnapping and rape of six girls and the murder of four of them in the 1990s, put his case to judges in a closed-door hearing in Brussels.

The case touches a nerve in Belgium because of the horrific nature of the murders, and the fact that Belgian police visited one of Dutroux’s houses while two victims, both eight years old, were being held there without finding them. The two subsequently starved to death in a makeshift dungeon.

Under Belgian law, criminals can be freed after serving a third of their sentences, or after 15 years in the case of those who have received life, a perpetual sentence in Belgium.

However, thousands of protesters called for tougher rules on convicts when Dutroux’s ex-wife was granted conditional freedom last year and moved to a convent. She had to request parole several times before it was granted.

Before Monday’s hearing, armed police placed razor wire barriers along the side of the courtroom, an unusual security measure in Belgium. Officials also erected a metal detector across the center of Belgium’s main courthouse.

Dutroux, who was arrested in 1996, was sentenced to life in 2004. He served two extra years under a separate charge, meaning he is free to request early release this year.

PHUKET: Colombian rebels from the National Liberation Army (ELN) said on Monday they have captured two men believed to be from Germany, the second time in a month the armed group has seized foreigners.

The ELN, Colombia’s second largest guerrilla group, said in a statement the two were seized in Catatumbo, near the border with Venezuela. It identified the two captives as Uwe Breuer and Gunther Otto Breuer.

The ELN said it considered the two “for now” to be intelligence agents because they could not explain why they were in the area, the statement said.

“In the weeks they have been held, they have not been able to justify their presence in the territory, for which reason they are considered, for now, to be intelligence agents and will continue to be investigated,” the ELN statement said.

The German Embassy in Bogota was unable to provide further information but said it was investigating.