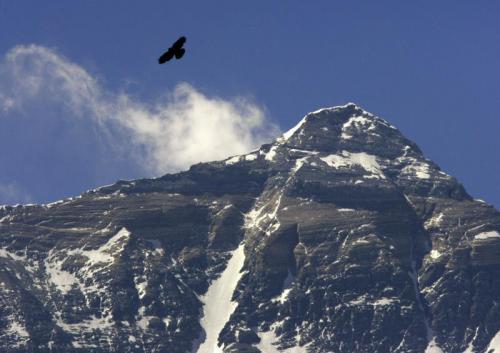 
Nepal tightens controls of climbers after Everest brawl
Phuket Gazette / Reuters
PHUKET: Nepal will enforce tighter controls of climbers on Mount Everest to ensure the world’s highest peak is safe, officials said on Friday, after a fight last April between three Europeans and a large group of Sherpas.

The climbers from Britain, Italy and Switzerland abandoned their ascent to the 8,850-metre summit in the peak climbing season after the brawl over rope fixing made international headlines and stirred safety concerns.

“We will open an office at the base camp with a team of government officials, including the army and police personnel. This will make it easy to resolve any conflict,” Tilakram Pandey, a Tourism Ministry official, told Reuters.

“The presence of security officials at the base camp will give a psychological feeling to climbers that they are safe.”

Until now, a government employee was attached to each team as a liaison person. But there have been widespread complaints that those officials often do not go to the base camp at the 5,350-metre mark.

Pandey said all liaison officers must report to the tented office that will be located at the base camp from March, the start of the annual climbing season.

Officials said the rescue of climbers in distress, cleaning of the mountain and enforcement of climbing rules will also be helped by the new office. Unnecessary competition between climbers to set new records will be discouraged, they said.

Last year, a British climber spoke to the BBC in a controversial video call from the summit. Nepal protested, saying he had no permission to use his smartphone on the peak, which was against the law.

Madhusudan Burlakoti, another Tourism Ministry official, said climbers now must inform the government about their plans to set records ahead of time.

“We will not recognise any record without prior permission from the government,” he said.

Mount Everest has been climbed by more than 4,000 people since the historic ascent in 1953 by Sir Edmund Hillary and Tenzing Norgay Sherpa.