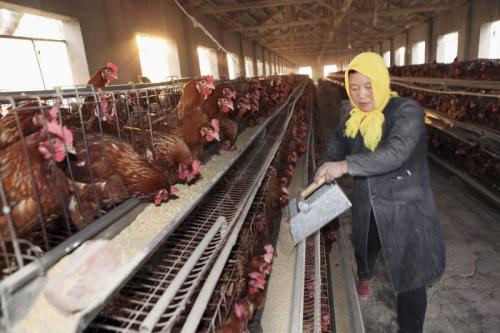 
North Korea moves missiles, calls for embassies to withdraw; markets roiled
Reuters / Phuket Gazette
PHUKET: North Korea has placed two of its intermediate range missiles on mobile launchers and hidden them on the east coast of the country in a move that could threaten Japan or U.S. Pacific bases, South Korean media reported on Friday.

The report could not be confirmed, but any such movement may be intended to demonstrate that the North, angry about joint U.S.-South Korean military exercises and the imposition of U.N. sanctions, is prepared to demonstrate its ability to mount an attack.

The North has said nuclear conflict could break out at any time on the Korean peninsula in a month-long war of words that has prompted the United States to move military assets into the region.

North Korea has asked embassies to consider moving staff out and warned it cannot guarantee the safety of diplomats after April 10, Britain said, amid high tension and a war of words on the Korean peninsula.

“The current question was not whether, but when a war would break out on the peninsula,” because of the “increasing threat from the United States”, China’s state news agency Xinhua quoted the North’s Foreign Ministry as saying.

It added that diplomatic missions should consider evacuation. North Korea would provide safe locations for diplomats in accordance with international conventions, Xinhua quoted the ministry as saying in a notification to embassies.

Britain’s Foreign Office denounced the move. “We believe they have taken this step as part of their continuing rhetoric that the U.S. poses a threat to them,” the Foreign Office said.

It said it had “no immediate plans” to evacuate its embassy and accused the North Korean government of raising tensions “through a series of public statements and other provocations”.

The tension with North Korea has roiled South Korean financial markets and top finance officials in Seoul warned they could have a long-term impact on markets.

In North Korea itself, there was no intensification of the strident rhetoric about impending war as the country marked a national holiday. Some analysts said the tone of recent statements, however bitter, was most probably aimed at securing concessions and was unlikely to lead to armed conflict.

South Korea’s Yonhap news agency, quoting a senior military official familiar with the matter said: “Early this week, the North moved two Musudan missiles on a train and placed them on mobile launchers.”

There were unconfirmed media reports on Thursday that the North had moved missiles to the east coast, although it was not clear what kind of missiles had been deployed.

Speculation centred on two kinds of missiles neither of which is known to have been tested.

One was the so-called Musudan missile which South Korea’s Defence Ministry estimates has a range of up to 3,000 km (1,865 miles, the other is called the KN-08, which is believed to be an inter-continental ballistic missile, which is again untested.

In Seoul, officials from economic ministries, the central bank and regulatory agencies held emergency talks and promised swift and strong action should the markets lose stability. News of the talks and the central bank involvement boosted investors’ expectations of an interest rate cut next week.

South Korean shares slid, with foreign investors selling their biggest daily amount in nearly 20 months, hurt after aggressive easing from the Bank of Japan sent the yen reeling, as well as by the tension over North Korea.

“In the past, (markets) recovered quickly from the impact from any North Korea-related event, but recent threats from North Korea are stronger and the impact may therefore not disappear quickly,” Vice Finance Minister Choo Kyung-ho told a meeting.

North Korea threatened to strike U.S. military bases, including those on the American mainland, and to shut down a joint industrial complex with the South while denying entry to the complex by South Korean workers this week.

The South’s new unification minister said the government was willing to pull out workers from the Kaesong industrial complex if it became dangerous, though he said the situation was not that serious for the moment.

The threats from North Korea’s 30-year-old leader Kim Jong-un, though not unusual from the reclusive state, have followed the imposition of new U.N. sanctions in response to North Korea’s third nuclear test in February. Reaction to the threats in markets has until now been muted.

The increasingly tense standoff with North Korea could not happen at a worse time for the government of the South’s new president, Park Geun-hye, whose first steps in office included a sharp cut in growth forecasts.

Park, in office for just over a month, has ordered her cabinet to draw up what is likely to be a large supplementary budget to lower budget revenue projections and add new spending plans aimed at jump-starting faltering domestic demand.

“The market usually doesn’t get jittery over North Korea threats. But this time is different, because they look willing to sacrifice Kaesong, which has never happened before,” said Park Hyung-joon, macroeconomics team leader at Meritz Securities.

Some U.S. analysts expressed a degree of alarm over the intensification of the threats.

“The rhetoric is off the charts,” said Victor Cha, former director for Asian affairs at the White House National Security Council and now senior adviser at the Centre for Strategic Studies in Washington.

“We don’t understand this new guy at all. And if the North Koreans move to provoke the South, the South is going to retaliate in a way we haven’t seen before.”

Other analysts said a degeneration into conflict was unlikely.

“We do not believe that North Korea intends to attack South Korea, pre-emptively or otherwise, in the current cycle of threat projection,” the U.S.-based Nautilus think-tank said in a study published on Thursday.

“Rather, these statements are opportunistic, and express its authentic strategy which is extortionate. The North’s nuclear forces are intended to compel their adversaries to change their policies towards (North Korea), not to deter unprovoked external attack—except when such an attack might actually be in motion.”

China culls birds as flu deaths mount; airline shares fall
Reuters / Phuket Gazette
PHUKET: Chinese authorities slaughtered over 20,000 birds at a poultry market in Shanghai on Friday as the death toll from a new strain of bird flu mounted to six, spreading concern overseas and sparking a sell-off in airline shares in Europe and Hong Kong.

The local government in Shanghai said the Huhuai market for live birds had been shut down and 20,536 birds had been culled after authorities detected the H7N9 virus from samples of pigeons in the market. Other live poultry markets in the city will be closed down from Saturday, it said.

All the 14 reported infections from the H7N9 bird flu strain have been in eastern China and at least four of the dead are in Shanghai, a city of 23 million people and the showpiece of China’s vibrant economy.

The latest death was of a 64-year-old man in Zhejiang province, state news agency Xinhua said on Friday, adding that