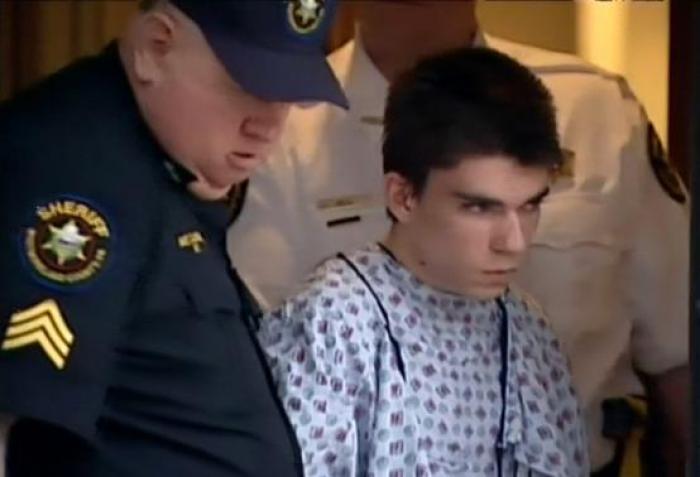 PHUKET: A 16-year-old student wielding two knives went on a stabbing rampage in the hallways of a Pittsburgh-area high school on Wednesday, wounding 22 people before he was tackled by an assistant principal, officials said.

The attacker moved furtively through the halls of Franklin Regional High School in Murrysville, stabbing his victims in the torso and slashing their arms and faces, students and officials said. Some of the injured taken to nearby hospitals were listed in critical condition.

Charged as an adult, Hribal faces four counts of attempted homicide and 21 counts of aggravated assault, Liermann said, and was ordered to face a preliminary hearing in seven to 10 days.

Students described a scene of panic, with the school hastily evacuated after a fire alarm was pulled.

“He did it so stealthily that at first no one knew what was happening,” freshman Josh Frank said. “We heard a girl scream bloody murder. Then two seniors were running down the hall and we followed them out of the school.”

The attacker, described by a classmate as a quiet boy who kept to himself, began the stabbings at around 7:13 a.m. EDT (12.13 p.m. British Time), walking along the hallways to several classrooms at the school in Murrysville, 20 miles (32 km) east of Pittsburgh, officials said.

Assistant Principal Sam King tackled the boy, who was armed with two straight knives about 8 to 10 inches (20 to 25 cm) long, and an armed security officer handcuffed him with help from King, said Murrysville Police Chief Thomas Seefeld.

Twenty-one students and a security officer were stabbed in the incident, said Dan Stevens, a spokesman for Westmoreland County emergency management. Two other students suffered minor injuries trying to get out of the school, Stevens added.

He said the teenage suspect was not counted among the wounded.

The suspect was also being treated for injuries to his hands, Seefeld said. By late afternoon, he said, one or two of the victims were “still pretty critical.”

Among those praised for heroics during the incident was Nate Scimio, the student who pulled the fire alarm and helped shield classmates, witnesses said.

“There’s not enough words to describe how much of a hero he is,” classmate Trinity McCool posted on Facebook.

The victims, most of them 14 to 17 years old, were transported to area hospitals, four by medical helicopters. Several had life-threatening injuries, hospital officials said.

Dr. Louis Alarcon of the University of Pittsburgh Medical Center operated on a 17-year-old student and said he had “a large injury to his abdominal wall.” The knife “went through his liver, diaphragm and major blood vessels,” he said. “Fortunately for this young man, the knife missed his heart and his aorta.”

While the United States has seen a number of large-scale school shootings in recent years, mass stabbings are less common.

Police and the FBI were searching the suspect’s home, situated at the end of a quiet cul de sac. Neighbours said both parents work, and the teen has a brother who also attends Franklin Regional High School.

A shadow in the hallways

Pennsylvania Governor Tom Corbett said he had ordered state police to help local law enforcement respond to the incident. The FBI also said it had deployed agents to work with local officials.

The high school will be closed for the next two to three days while police conduct an investigation, officials said.

“I don’t know him really well, but he’s always said ‘hi’,” said neighbour Lori Renda, 47, who said he played with her own children. “The family is so nice. Very, very nice.”

As they were reunited with parents near the hilltop high school in the relatively affluent Pittsburgh suburb with a population of about 20,000, teens spoke about the incident.

Michael Float, an 18-year-old senior, described running down a staircase and finding a friend badly wounded.

“There was a pool of blood,” Float said. “He had blood pouring down the right side of his stomach,” and a teacher was applying pressure on the wound.

Zak Amsler, a 17-year-old junior, said the attack occurred just before his first class was about to begin.

“I saw a girl with blood running out of her sleeve,” Amsler said as he waited to pick up his younger sister, a student at the nearby middle school. “It was pretty mind-blowing.”

On Wednesday evening members of the community held candle-light vigils for the wounded.

Kaitlyn Pepper, holding a candle in front of Calvary Lutheran Church, said that she now attends another high school but knows the suspect from her time at Franklin.

“He was literally a shadow in the hallways. They said he had a girlfriend who goes to another school, but I don’t know. No one really knew of him. But they know him today.” Pepper said.