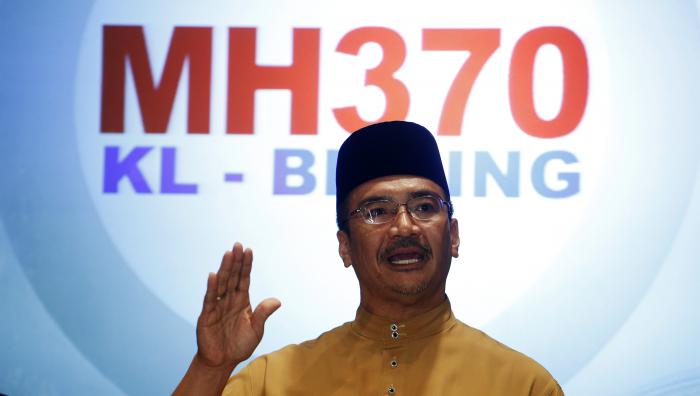 PHUKET: An investigation into a missing Malaysian jetliner, now into its second week, is focusing more on the possibility of foul play as evidence suggests it was deliberately flown hundreds of miles off course, sources familiar with the Malaysian probe said.

Two sources told Reuters that military radar data showed an unidentified aircraft that investigators suspect was Malaysia Airlines Flight MH370 following a commonly used navigational route toward the Middle East and Europe when it was last spotted early on March 8, northwest of Malaysia.

That course – headed into the Andaman Sea and towards the Bay of Bengal in the Indian Ocean – could only have been set deliberately, either by flying the Boeing 777-200ER jet manually or by programming the auto-pilot.

A third source familiar with the investigation said inquiries were focusing more on the theory that someone with knowledge of navigational waypoints – used by airlines to track established commercial flight paths – had diverted the flight off its scheduled course from Kuala Lumpur to Beijing.

“What we can say is we are looking at sabotage, with hijack still on the cards,” said the source, a senior Malaysian police official.

A U.S. source familiar with the investigation said there was also discussion within the U.S. government that the plane’s disappearance might have involved an act of piracy.

There has been no trace of the plane, which was carrying 239 people, nor any sign of wreckage as the navies and military aircraft of more than a dozen countries scour the seas on both sides of peninsular Malaysia.

India has deployed ships, planes and helicopters from the remote, forested and mostly uninhabited Andaman and Nicobar Islands, at the juncture of the Bay of Bengal and the Andaman Sea.

“This operation is like finding a needle in a haystack,” said Harmeet Singh, spokesman for the armed forces in the islands.

Malaysian Transport Minister Hishammuddin Hussein said he could not confirm the last heading of the plane or if investigators were focusing on sabotage.

Investigators were still looking at four or five possibilities, including a diversion that was intentional or under duress, or an explosion, he said. Police would search the pilot’s home if necessary and were still investigating all passengers and crew on the plane, he added.

Britain’s Inmarsat said “routine, automated signals” from MH370 were seen on its satellite network during the plane’s flight from Kuala Lumpur and had been shared with authorities, but gave no other details.

On Thursday, two sources close to the investigation said satellites had picked up faint electronic pulses from the aircraft after it went missing, but added the signals gave no immediate information about where the jet was heading and little else about its fate.

One industry source with knowledge of the situation said it would be possible to figure out the location of MH370 by calculating the distance from the satellite to the plane and the angle of elevation. The source said such information about MH370 could become available in the next few days.

Malaysia’s civil aviation chief said on Friday the government was working with U.S. investigators to establish if there was any satellite information that could help locate the airliner.

If the jetliner did fly into the Indian Ocean, a vast expanse with depths of more than 7,000 metres (23,000 feet), the task faced by searchers would become dramatically more difficult. Winds and currents could shift any surface debris tens of nautical miles within hours.

“Ships alone are not going to get you that coverage, helicopters are barely going to make a dent in it and only a few countries fly P-3s (long-range search aircraft),” William Marks, spokesman for the U.S. Seventh Fleet, told Reuters.

“So this massive expanse of water space will be the biggest challenge.”

The U.S. Navy was sending an advanced P-8A Poseidon plane to help search the Strait of Malacca, a busy sealane separating the Malay peninsula from the Indonesian island of Sumatra. It had already deployed a Navy P-3 Orion aircraft to those waters.

The last sighting of the aircraft on civilian radar screens came shortly before 1:30 a.m. last Saturday, less than an hour after take-off. It was flying across the mouth of the Gulf of Thailand on the eastern side of Malaysia, heading towards Beijing.

Malaysia’s air force chief said on Wednesday that an aircraft that could have been the missing plane was plotted on military radar at 2:15 a.m., 200 miles (320 km) northwest of Penang Island off Malaysia’s west coast.

This position marks the limit of Malaysia’s military radar in that part of the country, a fourth source familiar with the investigation told Reuters.

Malaysia says it has asked neighbouring countries for their radar data, but has not confirmed receiving the information. Indonesian and Thai authorities said on Friday they had not received an official request for such data from Malaysia.

The fact that the plane – if it was MH370 – had lost contact with air traffic control and was invisible to civilian radar suggested someone on board had turned off its communication systems, sources said.

They also gave new details on the direction in which the unidentified aircraft was heading – following aviation corridors identified on maps used by pilots as N571 and P628 – routes taken by commercial planes flying from Southeast Asia to the Middle East or Europe.

Hishammuddin said it remained unclear if that aircraft was MH370.