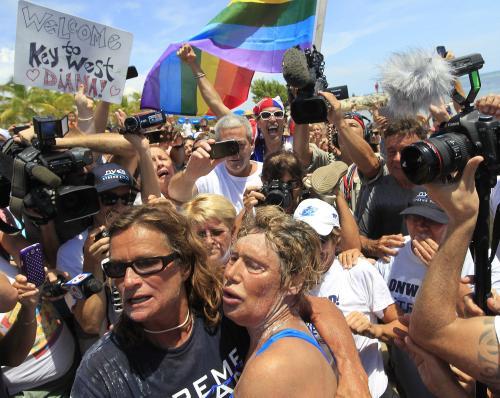 Japanese authorities were seeking to address criticism that Tokyo Electric Power Co has bungled the response to the world’s worst nuclear accident since Chernobyl.

“Tokyo Electric has been playing a game of whack-a-mole with problems at the site,” Trade and Economy Minister Toshimitsu Motegi said in a televised interview.

Prime Minister Shinzo Abe vowed to “step forward and implement all necessary policies” to deal with the flood of radioactive waste building up at Fukushima since the March 2011 reactor meltdown at Fukushima.

The government will present a package of measures as soon as Tuesday to a task force dealing with the contaminated water problem, officials said. The steps will include using existing budgetary funds to help with the clean-up.

Tokyo Electric said on Monday patrolling workers came across a new area of high radiation near storage tanks hastily built to house water that was used to cool Fukushima before becoming contaminated in the 2011 earthquake that wrecked the complex.

Tepco has been pumping water into the reactors to keep the damaged cores and stored fuel from overheating. But that emergency step has created a secondary crisis of how to manage the contaminated water that is pumped back out.

Workers had no found no signs of fresh radiation leaks.

Still, Tepco said a radiation reading on the ground near the newly found hot spot would expose a worker in just one hour to the safety limit Japan has set for exposure over five years.

No precise reading was given since workers were using instruments that only recorded radiation up to 100 millisieverts. Tepco said the reading exceeded that level.

Tepco said last week radiation near a different tank spiked to 18 times the initial reading, a level that could kill an unprotected person in four hours.

As much as 300 tonnes of highly radioactive water was found to have leaked from another tank last month.

In early August, officials said large amounts of contaminated water were flowing into the Pacific Ocean from the coastal facility 230 km (140 miles) northeast of Tokyo.

Despite the evidence of multiple leaks, officials say radiation in seawater near the plant had only been detected in the immediate harbour area. Officials said there was no evidence of a broader threat to marine life or water quality.

Japan’s nuclear industry, which once provided a third of its energy, has ground nearly to a halt since the earthquake, causing reactor meltdowns. Restarting Japan’s idled reactors, and reducing its reliance on foreign energy supplies, is a central element of Abe’s economic growth plans.

Japanese officials also fear that international attention to the Fukushima crisis could threaten Tokyo’s bid to host the 2020 Olympics, a decision set to be made by the International Olympic Committee on Saturday in Buenos Aires.

Yasuhisa Shiozaki, deputy policy chief of the ruling Liberal Democratic Party and head of its project team on nuclear regulation, called for the creation of a “decommissioning agency” that could resemble Britain’s National Decommissioning Authority, a public body charged with managing the dismantling of the nation’s atomic power and research stations.

“It is an urgent task to promptly restructure our overall nuclear power policies under a resolute system and revive domestic and international trust,” Shiozaki said in comments posted on his website.

But other officials, including Motegi, say responsibility for decommissioning Fukushima – a job expected to take decades – should remain the primary responsibility of the utility.

Tepco last year received a 1 trillion yen ($10.2 billion) injection of taxpayer money in exchange for giving the government a de facto controlling stake, but management has been left to the company. The firm also receives public funds to help compensate residents forced to flee after the 2011 disaster.

Motegi also said dismantling Tokyo Electric as some critics have urged was not an option since that could disrupt the electric supply to the 45 million customers that rely on it for power in the Tokyo area.

The governor of Niigata prefecture, home to the utility’s halted Kashiwazaki Kariwa plant, recently called for the company to be completely dismantled.

“Even if you let Tokyo Electric go bankrupt, it would not solve the decommissioning and the water problem. Of course, the government will become fully involved, but Tepco still has to fulfil its responsibility,” said Motegi.


Shippers brace for more Suez turmoil after vessel attack
Reuters / Phuket Gazette
PHUKET: An attack by assailants on a container ship in the Suez canal has heightened risks for merchant shipping using the vital waterway, with further threats considered likely as political turmoil continues in Egypt.

On Sunday an army source said three people had been arrested after opening fire with machine guns on a Chinese-owned container ship passing through the canal, a big source of revenue for Egypt, playing down what the Suez Canal Authority’s chief had described earlier as a terrorist attack.

This is the first incident confirmed by officials involving a ship in Suez. In July the army said it had investigated reports of an explosion near the canal but found no evidence.

Egypt is currently governed under a state of emergency after the army deposed the country’s first freely elected president, Mohamed Mursi, two months ago, in response to huge street protests against his rule.

At least 900 people, most of them Islamist supporters of Mursi, have been killed since the army took over and cleared protest camps calling for his reinstatement.

Any major attack on the canal would further hammer Egypt’s economy, which benefits from about $5 billion a year in tolls for using the 192-kilometre (120 mile) waterway, the quickest sea route between Asia and Europe.

“The transit of vessels through Suez has long been of concern to many. The proximity to land throughout much of the transit makes it an attractive target,” said David Welch, of bomb disposal and counter-terrorism specialists Ramora UK.

“I would suggest that an attack on any primary sea line of communication or critical port would be high on the agenda of many terrorist groups. Imagine the chaos if they managed to disable or sink a large vessel across the canal.”

An Egyptian security source told Reuters on Monday the attack on the ship appeared to be down to individuals, rather than an organisation.

“We do not have information on the existence of an organisation that is targeting the movement of ships in the Suez canal,” the source said. “The available information confirms that some elements … were aiming to target the Suez canal as it is a vital and international facility and any incident there would have a large impact internationally.”

The Egyptian source said such an incident could happen again despite intense security along the canal, adding that residential are