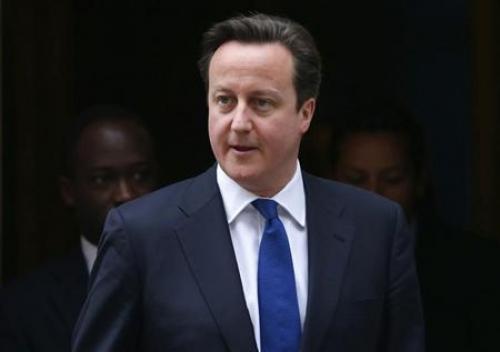 PHUKET: Prime Minister David Cameron will unveil a sweeping immigration crackdown today aimed at discouraging migrants from Romania and Bulgaria from moving to Britain when EU restrictions on their right to travel and work there expire next year.

Under his plans, access to Britain’s National Health Service will be curbed, new migrants will have to wait up to five years for social housing, fines for employers who hire illegal workers will be doubled, and landlords who let to illegal immigrants could face fines too.

The lifting of European Union freedom of movement restrictions on Romanians and Bulgarians has triggered warnings in the right-leaning press of “hordes” of welfare-hungry migrants descending on Britain at a time when the economy is stagnant and public resources are being squeezed.

Cameron’s initiative reflects a change in the political mainstream after years of politicians shying away from the issue. All three main parties now talk tough on immigration after polls showed it had become one of voters’ main worries ahead of a 2015 election and a once derided anti-immigration party surged in the polls.

In a speech that may stir controversy in Romania and Bulgaria, Cameron will say he wants to stop Britain’s welfare system being “a soft touch” for migrants, saying that access to core public services is something newcomers should earn rather than automatically receive.

“Net migration needs to come down radically from hundreds of thousands a year to just tens of thousands,” he will say, outlining measures that will apply to other EU nationals too.

The UK Independence Party or UKIP, has thrived in the polls after campaigning against “open-door” immigration, humiliating Cameron’s ruling Conservative party in a vote for a parliamentary seat three weeks ago.

“As I have long argued, under the last government this simply wasn’t the case. Immigration was far too high and badly out of control.”

Something for nothing culture

He will announce new measures to make it more difficult for nationals from the European Economic Area (EEA), which includes Romania and Bulgaria, to claim welfare benefits after six months. They will take effect in early 2014.

He will also promise to close a loophole that allows some people who have no right to work in Britain to claim benefits and subject newcomers to a much harder test to see if they are eligible for income-related benefits.

“Ending the something for nothing culture needs to apply to immigration as well as welfare. We’re going to give migrants from the EEA a very clear message. Just like British citizens, there is no absolute right to unemployment benefit,” he will say.

Under the plans, newcomers would also have to wait for up to five years before they could join a waiting list for social housing, and face “stricter charging” to use the health service or be obliged to have private health insurance.

His initiative has already been criticized by David Walker, the Bishop of Dudley, who told The Observer newspaper that politicians were exaggerating the immigration problem and considering “disproportionate” measures.

Last Friday, Nick Clegg, the deputy prime minister and leader of the Liberal Democrat party, the junior member of Cameron’s coalition, said Britain was considering obliging visitors from “high-risk” countries to hand over a returnable cash bond to deter them from overstaying their visas.

He also abandoned a promise to amnesty illegal immigrants after ten years.

Nigel Farage, the leader of UKIP, said on Saturday that the unexpected success of his own party had shifted the debate on immigration.

“If UKIP had not taken on this immigration debate, the others would not be talking about it at all,” he told his party conference.