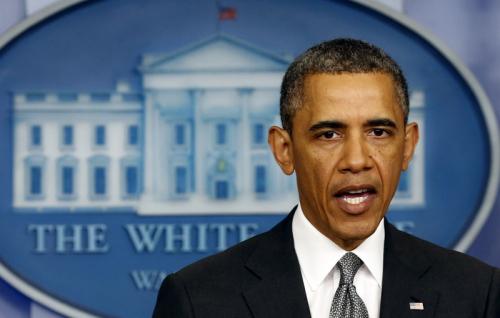 PHUKET: Neighbours gathered around a chalk rainbow on a sidewalk outside 8-year-old Martin Richard’s home while friends of Krystle Campbell, 29, posted notes on Facebook, all grieving on Tuesday for two of the people killed in Monday’s bombing at the Boston Marathon.

The third fatality was a Chinese citizen whose identity was not being made public at the request of the victim’s family, the Chinese Consulate in New York said in a statement late on Tuesday.

The victim was a Boston University graduate student killed while watching the race with friends near the finish line.

Martin, who was a Little League baseball player, lived in the blue Victorian house in working-class Dorchester – a Boston neighbourhood dotted with “Kids at Play” traffic signs and budding trees – with his parents Bill and Denise, sister Jane, 7, and brother Henry, 10.

“Very happy, happy-go-lucky,” said Jane Sherman. Martin was afraid of her dog, a Rottweiler, she said, but he always gave her a cheerful greeting. “An outgoing, wonderful kid. This is a horrendous loss.”

Bill Richard told the world in an email on Tuesday that his son had been killed when bombs exploded at the marathon finish line. Martin’s mother and sister were seriously injured.

“My dear son Martin has died from injuries sustained in the attack on Boston,” Bill Richard wrote. “My wife and daughter are both recovering from serious injuries. We thank our family and friends, those we know and those we have never met, for their thoughts and prayers.”

The family released a photo of Martin at a hockey game, dressed in Boston Bruins regalia.

Campbell’s friends remembered her outsized personality, passion for the Boston Red Sox baseball team, and the way she belted out Eminem and Rihanna’s “Love the Way You Lie” every time she heard it on the radio.

“I am shocked, stunned, and besides myself,” one friend wrote on Facebook. “You will be missed Krystle Campbell, but your big smile and twinkling blue eyes will live forever in our hearts and minds.”

Along with the three people killed on Monday, at least 176 people were injured.

Michael McGlynn, mayor of Medford, Massachusetts, where Campbell grew up, said he confirmed her death with her father, William. “Mr. Campbell said that she certainly was a dream daughter, the daughter that every father dreams to have, and friends of hers said that she was eager about life,” he said.

“She had a great sense of humour and freckles and red hair that brought her right to her Irish roots. She was someone who worked hard at everything she did.”

“Another friend said she may have been a little loud at times but it was a loudness you loved,” McGlynn said.

A wish for “Peace” written in chalk marked a memorial outside Martin’s home. Drivers slowed as they approached it, paused, and made the sign of the cross.

Another neighbour, John Do, placed flowers there. A veteran of Vietnam’s navy, he said the attack on the marathon was “even worse than what I saw on the battlefield – to do this to children – horrible.” Do left in tears.

Marchell “Tiny” Watson and Margaret Admirand recalled the Richard children playing soccer and hockey on the lawn, chalking the sidewalk with rainbows and butterflies, and dressing in costumes for Halloween. “Can’t you just see them up there kicking the ball on the lawn?” Watson asked.

“And their little sister running after them,” Admirand said.

Watson said that for years Denise Richard had jogged up the hill, pushing her boys in a stroller, to bring Henry to school.

At Summer Shack, where Campbell had been a manager, she was known as a hard worker who devoted summers to the restaurant’s food stands on islands in Boston Harbour. She took another food industry job several months ago for greater opportunities, said Stephanie Guerrier, who worked with Campbell at Summer Shack.

“She was honestly the most amazing person I’ve ever met,” Guerrier said. “I’m not saying that because she’s just passed. That’s what she really was.”

“Everybody that knew her loved her,” Campbell’s mother, Patty, said choking back tears during a news conference “She was always smiling. You couldn’t ask for a better daughter.”

“I can’t believe this has happened,” she added. “This doesn’t make any sense.”

PHUKET: Authorities suspect whoever perpetrated the Boston Marathon bombings carried heavy devices made out of pressure cookers in dark-coloured nylon bags or backpacks before dropping them near the finish line, causing the worst attack on U.S. soil since September 11, 2001.

The twin blasts on Monday killed three people including an 8-year-old boy and injured 176 others, some of whom were maimed by bombs packed with ball bearings and nails.

President Barack Obama, who will travel to Boston on Thursday for a memorial service, on Tuesday called the bombings an “act of terror” and police said parts of central Boston could be closed for days.

Other cities across the United States were watchful following the worst attack in the country since the 2001 hijacked plane attacks. Suspicious bags were inspected at Boston Logan International Airport and La Guardia airport in New York.

In Washington, a U.S. Senator said that an envelope sent to another senator tested positive for ricin, a potentially lethal poison.

At the scene of the marathon, investigators recovered material that was being reconstructed at the FBI laboratory in Quantico, Virginia, said Richard DesLauriers, the Federal Bureau of Investigation’s special agent in charge for Boston.

“Among items partially recovered are pieces of black nylon which could be from a backpack and what appear to be fragments of BBs (ball bearings) and nails possibly contained in a pressure cooker device,” DesLauriers told a news conference.

“This morning it was determined that both of the explosives were placed in a dark coloured nylon bag or backpack. The bag would have been heavy because of the components believed to be in it,” DesLauriers said.

No suspects were in custody and there were no claims of responsibility.

U.S. Homeland Security Secretary Janet Napolitano said there was no indication that the bomb blasts were part of a broader plot.

Officials in Britain and Spain said the London and Madrid marathons would go ahead on Sunday, but security plans for both races were under review.

Much of central Boston remained cordoned off on Tuesday surrounding what Police Commissioner Ed Davis called “the most complex crime scene that we have dealt with in the history of our department.”

Doctors listed 17 of the wounded in critical condition and said some would have to endure several operations over the coming days.

“When these kids came in .