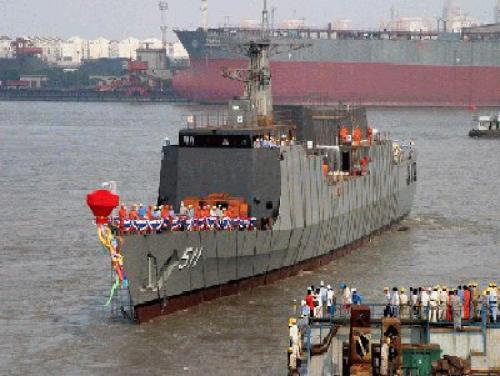 PHUKET: A dive boat with 30* people on board sank today in the Similan National Park after being caught in a freak storm about four miles off Koh Ta Chai.

All passengers and crew were immediately and safely evacuated from the boat after the captain and tour leader launched an emergency raft, Stefan Kaesweber of Khao Lak Scuba Adventures told the Phuket Gazette this evening.

Fishing vessels in the area quickly rescued the people from the emergency raft, bringing them to one of the dive boat’s sister vessels.

The Royal Thai Navy is sending out a boat to assist those still in the area and bring the 20 passengers and 10 dive staff back to Khao Lak, where Khao Lak Scuba Adventures has a support team, warm clothes and hotel rooms in a 4-star resort awaiting them.

The support team has already been in contact with relevant consulates and embassies for the passengers, who are from Germany, Switzerland, Austria, England, France and Thailand.

Mr Kaesweber explained that those on board the sunken vessel were expected back by about 11pm tonight. At the moment his ten-person support team of several nationalities, two doctors** are on standby.

Psychologists are part of the team to deal with any psychological effects caused by the incident, and the variety of nationalities on the team will ensure that those involved can receive support in their native tongue, Mr Kaesweber explained to the Gazette.

“A total of about 400 people need to be rescued from Koh Ta Chai, the President of the Similan National Marine Park told me,” Mr Kaesweber said.

An officer at The Operations Center of the Third Naval Area Command in Phuket, who asked not to be named, told the Phuket Gazette that, “We have sent out the HTMS Pattanee ship to pick up people at Koh Ta Chai. It left at about 6pm and will be arriving around 9 pm.”

Those still at the islands are currently anchored in well protected bays, confirmed Mr Kaesweber.

The sunken dive boat rests at an unknown depth, he said. A team will head out in the morning to start salvage efforts.

*This story originally reported 20 dive staff members were on board the dive boat. However, it has since been confirmed that there were only 10.

** The story originally reported that psychologists were also available for those in need. It has since been clarified that people were available to provide mental and emotional support, but none were trained psychologists.