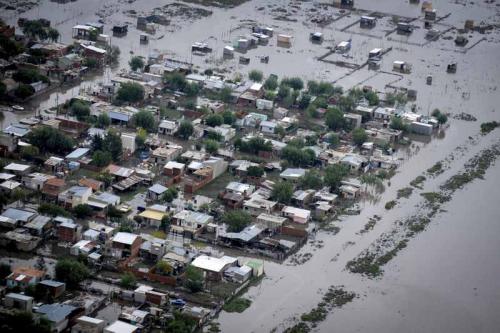 China readies to fight new bird flu; Japan, HK on guard
Reuters / Phuket Gazette
PHUKET: China said it was mobilising resources nationwide to combat a new strain of bird flu that has killed six people, as Japan and Hong Kong stepped up vigilance and the United States said it was closely monitoring the situation.

All of the 14 reported infections from the H7N9 bird flu strain have been in eastern China and at least four of the six dead are in the financial hub of Shanghai, a city of 20 million people.

The strain does not appear to be transmitted from human to human but authorities in Hong Kong raised a preliminary alert and said they were taking precautions at the airport. Vietnam banned imports of Chinese poultry.

In Japan, airports have put up posters at entry points warning all passengers from China to seek medical attention if they have flu-like symptoms.

A total of 14 people in China have been confirmed to have contracted H7N9, all in the east of the country. One of the cases was a four-year-old child, who was recovering, the official Xinhua news agency said.

Authorities in Shanghai also discovered the H7N9 virus in a pigeon sample taken from a traditional wholesale market, Xinhua added, believed to be the first time the virus has been discovered in a animal in China since the outbreak began.

“(China) will strengthen its leadership in combating the virus … and coordinate and deploy the entire nation’s health system to combat the virus,” the Health Ministry said in a statement late on Wednesday on its website (click here).

In Hong Kong, authorities activated the preliminary “Alert Response Level” under a preparedness plan for an influenza pandemic, which calls for close monitoring of chicken farms, vaccination, culling drills, and a suspension of imports of live birds from the mainland.

All passengers on flights in and out of Hong Kong were being asked to notify flight attendants or airport staff if they were feeling unwell.

Vietnam said it had banned poultry imports from China, citing the risk from H7N9.

In Beijing, the Health Ministry said the government would swiftly communicate details of the new strain to the outside world and its own people, following complaints it had been too slow to report on the outbreak and suspicion of a cover-up.

Chinese internet users and some newspapers have questioned why it took so long for the government to announce the new cases, especially as two of the victims fell ill in February. The government has said it needed time to correctly identify the virus.

In 2003, authorities initially tried to cover up an epidemic of Severe Acute Respiratory Syndrome (SARS), which emerged in China and killed about 10 percent of the 8,000 people it infected worldwide.

China “will continue to openly and transparently maintain communication and information channels with the World Health Organisation and relevant countries and regions, strengthen monitoring and preventative measures”, the ministry said in a statement.

Flu experts across the world are studying samples isolated from the patients to assess the human pandemic potential of the strain.

Other strains of bird flu, such as H5N1, have been circulating for many years and can be transmitted from bird to bird, and bird to human, but not generally from human to human.

So far, this lack of human-to-human transmission also appears to be a feature of the H7N9 strain.

“The gene sequences confirm that this is an avian virus, and that it is a low pathogenic form (meaning it is likely to cause mild disease in birds),” said Wendy Barclay, a flu virologist at Britain’s Imperial College London.

“But what the sequences also reveal is that there are some mammalian adapting mutations in some of the genes.”

This, she said, meant the H7N9 virus has already acquired some of the genetic changes it would need to mutate into a form that could be transmitted from person to person.

While the official Xinhua news agency said it was unfair to compare SARS with H7N9, as the new bird flu virus had yet to show signs of human-to-human transmission, it did warn that the government’s credibility was on the line.

“If there is anything that SARS has taught China and its government, it’s that one cannot be too careful or too honest when it comes to deadly pandemics. The last 10 years have taught the government a lot, but it is far from enough,” it said in a commentary.

The rainstorm began Tuesday evening in La Plata, the provincial capital of Buenos Aires, which is located in eastern Argentina, forcing local residents to seek refuge in their own vehicles, on their rooftops and on trees.

Provincial authorities on Wednesday morning initially said two people had been killed, but the governor of the province of Buenos Aires, Daniel Scioli, later spoke to the press, saying at least 35 had lost their lives, but sources later said at least 40 had died in the floods.

Over 2,000 people evacuated the area, where the neighborhoods of Villa Elvira and Los Hornos were reported as the most affected. However, residents have complained of little assistance from emergency teams, as many of them evacuated themselves after hours of waiting for aid.

Several building and residential areas were damaged and affected, but details were not immediately available.

PHUKET: The humanitarian situation in Syria is worsening rapidly with some areas a landscape of “devastation and destruction”, the Red Cross said on Thursday after a month which activists said was the bloodiest yet in the conflict.

About 70,000 people have been killed and millions displaced during the two-year-old uprising, the United Nations says. Civilians have been cut off from water, electricity and life-saving medical supplies, especially in rebel-held areas targeted by air strikes and ballistic missiles.

The Syrian government’s restrictions on aid convoys have meant most supplies are distributed in government-held areas.

Peter Maurer, president of the International Committee of the Red Cross (ICRC), said aid workers had been able to do make more trips into opposition-held areas in the past two weeks, indicating Damascus may be softening its stance on convoys into such territory.

He said the workers were “not pleasantly surprised” by what they found in areas accessible for the first time, with the need for food, sanitation, water and medicine increasing.

“We saw devastation and destruction,” he said.

“What we were able to achieve is not enough. The needs are growing exponentially while our ability to react is growing linearly,” he said.