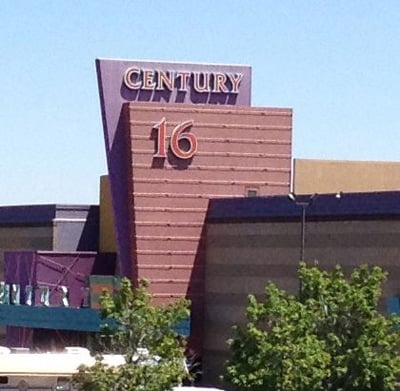 PHUKET: President Barack Obama travelled to Colorado on Saturday to meet with families of the victims who were shot by the gunman at the Denver-area movie theater on Friday.

The massacre occurred when the gunman walked into an auditorium at the Century 16 cinema in Aurora and opened fire, killing twelve people and injuring 58 others in what was one of the worst mass shootings in U.S. history. It happened during the midnight premiere of ‘The Dark Knight Rises’, the third installment in the Batman film series by movie director Christopher Nolan.

In his weekly radio address, Obama promised to stand by the people of Colorado during this difficult time. “Even as we come to learn how this happened and who’s responsible, we may never understand what leads anyone to terrorize their fellow human beings,” he said. “Such evil is senseless – beyond reason. But while we will never know fully what causes someone to take the life of another, we do know what makes that life worth living.”

President Obama also called for a period of reflection and prayer.

Police arrested 24-year-old James Eagen Holmes of Aurora as a suspect in the massacre shortly afterwards.

Police are discovering more details about Holmes since entering his residence on Saturday, after booby traps connected to explosives had been dismantled.

Police said the suspect had acted with “calculation and deliberation”, taking ammunition deliveries for months.

Last month, Holmes had tried to join a Colorado gun club. However, owner Glenn Rotkovic told AP he declined the application, informing his staff not to accept him after hearing a “bizarre – guttural, freakish at best” message from Holmes.

Holmes is due to appear in court today, charged with 12 counts of first-degree murder.

The county coroner, Michael Dobersen, has released the names of the victims, who included a 6-year-old-girl and two US serviceman.

In this campaign year for the USA, the big question is whether or not gun control will become an issue for the American voters.

According to an ongoing tally kept by the Brady Campaign to Prevent Gun Violence, the United States is experiencing an average of around 20 mass shootings each year.

The Aurora massacre is believed to be one of the worst since a rampage at Virginia Tech in 2007 left 32 people dead. The Fort Hood, Texas massacre two years later also ended with massive bloodshed, as well, with 13 people losing their lives in that event.

The Bradley campaign, which brands itself with the slogan “Sensible gun laws save lives,” says the Aurora incident is already the sixth mass shooting in the month of July alone.

“Children are becoming victims in more and more in these communities,” Rev Taharka Robinson, founder of the Brooklyn Anti-Violence Coalition, told the Huffington Post after the NYC mass shooting a weeks ago. “If you can have an individual spray bullets where children are playing nearby, there’s something wrong. We need to get to the root of the problem.”

It’s been a sentiment echoed countless times in recent years, especially after the 1999 Columbine, Colorado massacre reintroduced mass shootings as a mainstream issue. Despite continuing pleas, though, the Brady Campaign’s statistics seem to suggest that little is being done to curb the crime.

According to Brady, the number of homicides in America that occurred in 2012 as a result of mass shootings totaled 50, even before Friday’s massacre in Colorado.

The Guardian newspaper states the tragic event has prompted greater attention on the gun law stance of the two men fighting it out to lead the US. It cites New York mayor Michael Bloomberg who has challenged President Barack Obama and Republican Mitt Romney over America’s loose restrictions on gun ownership.

“Maybe it’s time the two people who want to be president of the United States stand up and tell us what they’re going to do about it, because this is obviously a problem across the country.”

The Guardian continues in its report that Romney signed a ban on assault weapons as Massachusetts governor, but as the presumptive Republican nominee, he now bills himself as the candidate who will protect gun owners’ rights.

Obama called for reinstating the federal ban on assault weapons during his 2008 presidential campaign. But since the election he hasn’t sought to get that done or pushed other gun control proposals.