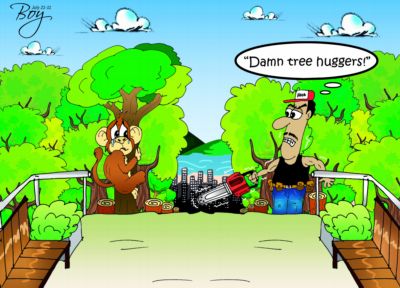 PHUKET: A project by the Phuket Provincial Administration Organization (OrBorJor) to develop Toh Seh Hill as a recreational site is well-intentioned, and the Gazette hopes that the current OrBorJor – as well as the administrations that follow it – are prepared to commit sufficient resources to ensure that the hill’s natural charm is not despoiled by garbage, traffic snarls, gang fights and other problems that could stem from an expected increase in popularity due to its new attractions.

At the moment, there are no apparent restrictions on vehicle access to Toh Seh Road (opposite Phuket Provincial Hall) apart from those naturally imposed by the steep and narrow nature of the road itself. Thus far, that has been enough to keep most drivers from venturing up the hill.

All that could change very quickly, however, when profit-driven members of the Phuket taxi and tuk-tuk brigades realize that there is a new cash cow primed for milking.

We hope that once the project is completed the OrBorJor, which is responsible for the road, monitors changes in road use and considers restricting access to all but necessary vehicles, such as those involved in sanitation inside the park, or others operated by employees of the television station broadcast towers atop the hill.

These television station drivers and others operating on the road will also need to drive more slowly to ensure that human corpses aren’t added to the high number of dead macaques and dogs that have been run over there in recent years.

While there is limited parking near the Khao Toh Seh Shrine, about half-way up the hill, the prospect of the area becoming a popular tourist attraction, (similar to the “Big Buddha” peak in the Nakkerd Hills in Karon, and Rang Hill in Phuket Town), is a cause of considerable concern, especially among the many people who use Khao Toh Seh to get their daily exercise in a quiet and shady, natural setting. Their numbers include many OrBorJor staff and other government workers who work at offices in the government quarter at the base of the hill.

It appears inevitable that some time before the end of the year workers will head to the hill, chainsaws in hand, to remove vegetation that is currently blocking what would otherwise be scenic views from the new lookout points.

The Gazette only hopes that this effort will be overseen with great discretion. The hill is not only the last major reserve for native, virgin forest in the area, but also serves as a much needed lung for the urban sprawl that has engulfed the greater Phuket Town area.

As more and more of the island is covered with concrete and bitumen, now is the time to end encroachment on state land once and for all, and to ensure that all of the island’s remaining forests are preserved for future generations.

If the Pheu Thai led government of Yingluck Shinawatra would like to win over thousands of hearts and minds in the bastion of Democrats that is Phuket, then terminating the sickening, wholesale theft of the island’s forests would certainly be a step in the right direction.