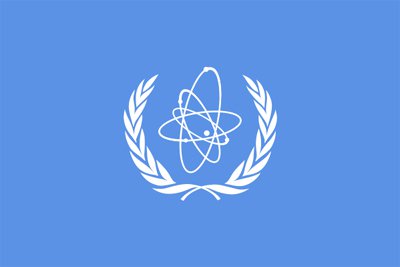 PHUKET: The United Nations (UN) nuclear watchdog says no progress was made after hours of talks with an Iranian delegation in an effort to seal a deal on resuming a long-stalled investigation into suspected nuclear weapons research by Tehran.

International Atomic Energy Agency (IAEA) Deputy Director General Herman Nackaerts said there was no progress after an eight-hour meeting with the Iranian delegation in Vienna. The nuclear watchdog had hoped to seal a deal to get Iran to sign the so-called ”Structured Approach” document.

“The Agency team came to the meeting in a constructive spirit with the desire and intention of finalizing the paper,” Nackaerts said following the meeting. “We presented a revised draft which addressed Iran’s earlier stated concerns. However, there has been no progress and, indeed, Iran raised issues that we have already discussed, and added new ones. This is disappointing.”

The ”Structured Approach” agreement, reached between IAEA Director-General Yukiya Amano and Iranian officials during a meeting last month in Tehran, would allow IAEA inspectors to resume a long-stalled investigation into suspected nuclear weapons research by Iran.

“I was assured that agreement on the structured approach would be expedited and that the remaining differences between Iran and the Agency would not be an obstacle to reaching agreement,” Amano said on Monday, expressing hope Iran would sign and implement the document.

However, following yesterday’s meeting, Iran’s Ambassador to the IAEA, Ali Asghar Soltanieh, told the state-run Islamic Republic News Agency (IRNA) that “everything is moving in the right path” and that talks will continue. “This is a special issue,” he was quoted as saying, adding that any agreement should be determined with patience and accuracy.

Nackaerts said a date for a follow-up meeting has not yet been set.

International concerns regarding Iran’s nuclear activities have been increasing for decades. And while Iran has repeatedly stated that its nuclear program is for the peaceful purpose of providing energy, many countries contend it is seeking to develop nuclear weapons and may be close to obtaining them.

Amano spoke during the year’s second meeting of the IAEA’s Board of Governors in Vienna. “I urge Iran to take steps towards the full implementation of all relevant obligations in order to establish international confidence in the exclusively peaceful nature of its nuclear program,” he said on Monday.

The latest developments come amidst allegations that the Iranian government may be attempting to destroy evidence of its nuclear activities. Recent satellite images obtained by the Institute for Science and International Security (ISIS) shows sanitization activity at the Parchin nuclear facility site where Iran is suspected to have conducted high explosives tests pertinent to the development of nuclear weapons.

The DigitalGlobe satellite imagery from late May shows that two buildings at the same site as the suspected testing chamber have been demolished. The satellite images also show clear evidence of tracks likely made by heavy machinery during the demolition process and extensive evidence of earth displacement.

“The newest image raises concerns that Iran is attempting to raze the site prior to allowing an IAEA visit,” the think tank’s founder David Albright wrote in a report late last month. “The razing of the two buildings may also indicate that Iran has no intention to allow inspectors access soon.