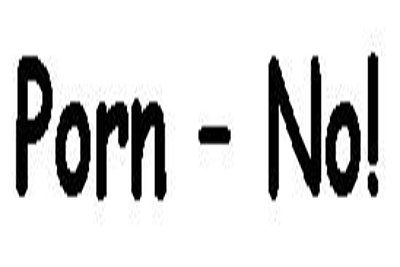 Women and child development minister CC Patil and cooperation minister Laxman Savadi, two Karnataka state ministers from the ruling right-wing Bharatiya Janata Party, were filmed by television cameras as they allegedly shared pornographic files through their mobile phones during a debate at the state assembly.

At the request of the ministers, a six-member house investigation committee has been formed and is expected to submit their report on March 12. Patil expressed confidence that the two will ‘come out with a clean chit.’

In addition to the resignations of Patil and Savadi, ports and fishery minister Krishna Palemar also resigned over the scandal. “We don’t want the party and the government to face further embarrassment,” Palemar, who is the owner of the phone in question, was quoted as saying by the Indian Express. “All of us have decided to resign.”

The victims from the Cuttack and Khordha districts fell ill after visiting Tukuliapada village in Cuttack district on Monday evening. The drinks they consumed were later found to contain a high percentage of alcohol and drugs used to treat coughs and colds, the Indo-Asian News Service (IANS) reported.

Orissa state official S.N. Girish told IANS that the first reported death was that of the brew seller on Tuesday morning. Others died on Tuesday and Wednesday, bringing the total death toll to at least 24.

Authorities fear the deaths may increase further as nearly 20 people remain hospitalized in critical condition. Three people who are allegedly relatives of the liquor kingpin have been arrested so far, IANS reported.

In December 2011, more than 170 people died in the eastern Indian state of West Bengal after consuming illegal liquor. The victims became ill after drinking a concoction being sold at shacks near a railway station in Sangrampur village, which is located near the city of Kolkata. Several people were arrested for supplying the illicit alcohol, which was consumed by as many as 450 people.

Fighter jet crashes in Pakistani mountains, killing pilot
PHUKET (News Wires): A pilot was killed yesterday when his Pakistan Air Force (PAF) fighter jet crashed in a mountainous area in the western part of the country, Air Force officials said. The cause was not immediately known.

A statement from the Air Force said the accident happened during a routine training mission when the China-made F-7PG fighter jet crashed in mountains about 24 nautical miles (44.4 kilometers) north of Quetta, the capital of Balochistan.

“The pilot embraced martyrdom,” the statement said, identifying the victim as Tauseef Ahmed. “No loss to civilian life or property on the ground has been reported.”

It was not immediately known what caused the accident, but the PAF said a board of inquiry has been ordered to investigate.

Yesterday’s crash is the fourth of an air force fighter jet in as many months. In late January, a female trainee pilot and her instructor escaped safely when their FT-7 training aircraft crashed after take-off from Mianwali in Punjab province.