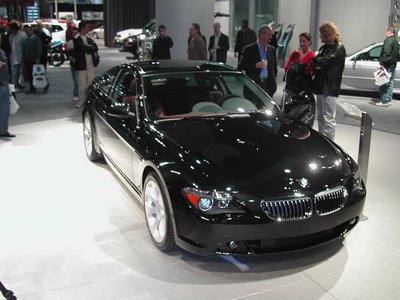 The vehicle company said it would be recalling all BMW 5 and 6 Series models of the previous generation, built between 2003 and 2010, and still on the market for repair at authorized dealers.

The recall was issued “in order to carry out a quality measure,” the company said, explaining that “in some remote cases, the battery cable cover inside the boot of these vehicles may be incorrectly mounted.”

Despite no accidents or injuries being reported as a result of the issue, BMW said the problem could result in malfunctioning in the vehicles’ electrical system, the vehicle failing to start and, in some cases, to charring or fire.

In the statement, the company advised that vehicle owners will be notified in writing for a 30-minute repair service at a workshop. The automaker said the repair will be free of charge to customers.

At the West Jakarta District Court during Umar Patek’s trial, who was one of the most wanted terrorists in Indonesia for the first Bali bombing in 2002 that killed 202 people, including 88 Australian nationals and other foreign citizens, convicted terrorist Mohammad Ihsan said the money behind the bombings had come from bin Laden.

According to Ihsan’s statements, bin Laden paid $30,000 to fund the attack, which was used to buy a Mitsubishi L300 minibus that was used to deliver the bombs, two motorcycles and bomb-making materials, and for living expenses.

Ihsan, who was released in 2009 after serving his prison term for his role in the terrorist attacks, is now a witness in Patek’s trial. He added that there were more funds to support the bomb attacks, although he did not know where the money had come from.

Former al-Qaeda-linked terrorist Jemaah Islamiyah Umar Patek, 44, also known as Abdul Goni and Abu Syiekh, is the main suspected behind the October 2, 2002, bombings, which were carried out in Paddy’s Pub and the Sari Club in one of Bali’s most popular tourist districts – Legian, Kuta.

He is also believed to have been a member of a group which carried out military and fighting exercises in Afghanistan and Pakistan in the 1980s and 1990s.

On January 25, 2011, Patek, whose role in the attack was first signaled out by other fellow terrorists who had been previously arrested, was detained in Abbottabad, Pakistan, almost 10 years after the attack and only a few weeks before U.S. security forces killed former al-Qaeda leader Osama bin Laden in the same area.

Pakistani authorities extradited Patek back to Indonesia in August 2011. He had been placed under the United States’ Rewards for Justice program with a $1 million reward for his capture and is facing a number of charges, which could lead to a sentence of life imprisonment. Among those charges are premeditated murder, bomb-making, and possession of firearms.

In 2008, three other convicted terrorists in the bombing case were executed by a firing squad. They were Imam Samudra, Amrozi Nurhasyim and Ali Ghufron.

After the Bali bombing, Patek was believed to have fled to the Philippines but was later arrested in Pakistan. Despite his eventual capture, Patek’s arrest in Pakistan has raised questions about Indonesia’s security and how the top terrorist fugitive could have fled the country in the first place.