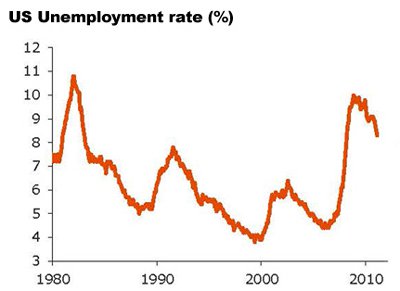 
U.S. jobless claims lowest since in four years
Phuket Gazette / News Wires
PHUKET: Initial claims for unemployment insurance in the United States dropped to 359,000 in the week ending March 24, which is the lowest in four years, the U.S. Labor Department (DOL) reported yesterday.

The DOL report showed that the weekly numbers, which represent a decrease of about 5,000 when compared to the previous week, is the lowest since April 2008. In addition, the week’s release also reflects the annual revision to the weekly unemployment claims seasonal adjustment factors from 2007 forward.


Texas executes man who beat baby to death
Phuket Gazette / News Wires
PHUKET: A Texas man was executed late Wednesday for using a flashlight to beat a 10-month-old boy to death. The murder occurred in Dallas, Texas in 2001 when he was babysitting the boy, officials said. He is the twelfth person to be executed in the United States so far this year.

Jesse Joe Hernandez, 47, was pronounced dead at 6:18pm local time in Huntsville, Texas. The execution by lethal injection took place about two hours after the U.S. Supreme Court rejected a last-minute appeal in which Hernandez’s attorneys argued that the victim would have survived if he had not been taken off life support.

The boy, Karlos Borja, and his 4-year-old sister had been left in the care of Hernandez, who was living along with his wife of six years in the same house in Dallas as the two children and their 22-year-old mother who worked as a waitress.

Hernandez and his wife, who had moved into the house several days earlier, were supposed to watch the children when their mother was at work. When the crime took place on April 11, Hernandez’s wife had left the house to run some errands and was later told by Jesse that the children were sleeping.

Hours later, when the young mother returned from her work, the 4-year-old girl complained her head was hurting as a result of injuries to her face and head and was taken to a hospital by her mother. While the girl was being taken to the hospital, Hernadez’s wife discovered Karlos’ injuries and called paramedics to the house.

Karlos, who had a skull fracture and bruises to his head, thigh and abdomen, died a week after the attack when he was taken off life support. His sister survived the beating with swelling and bruises on her forehead, eyes and behind her ears.

After the boy’s death, his mother lost legal custody of her daughter because prosecutors said she made a mistake by entrusting the care of her children to Hernandez, who had previously been sentenced to three years in prison for one count of indecency with a child and possession of cocaine.

During the trial, prosecutors described Hernandez, who was linked to the fatal beating through traces of his DNA mixed with the boy’s blood on a pillowcase and a jumper, as a “baby-killing, child-molesting, woman-beating ex-con.” The jury took approximately 90 minutes to decide to sentence him to death in 2002.

Hernandez had initially denied any role in the brutal attack, but he later admitted that he walked into the children’s room with a flashlight and beat them for ‘crying too much for nothing’. He said he ‘exploded’ in anger when the children continued to cry, after which he started hitting them.


Elderly woman’s found dead in a suitcase at Russian playground
Phuket Gazette / News Wires
PHUKET: Police in the Russian city of Saint Petersburg have launched a murder investigation after the body of an elderly woman was found stuffed inside a suitcase at a local playground, officials said.

A spokesperson for Russia’s Investigative Committee said the suitcase was discovered early yesterday morning. “The suitcase contained the body of an unidentified elderly woman with no visible signs of a violent death,” the spokesperson said.

Investigators believe the victim was about 70 years old, but no documents were found in the suitcase which could help identify the woman. It was not immediately known how long the suitcase had been at the playground, when the woman may have died, or what was the cause of death.

Thursday’s discovery comes just days after a street cleaner found a suitcase containing a woman’s body near a garbage container in northern Moscow. The woman had been decapitated, her hands tied behind her back, and police later arrested her ‘friend’ on suspicion of committing the murder.