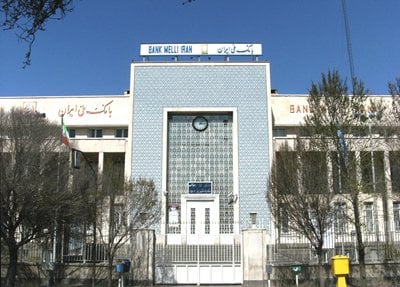 
Four sentenced to death in Iran’s biggest ever bank fraud case
Phuket Gazette / News Wires
PHUKET: A court in Iran has sentenced four people to be executed for their role in what has been described as the country’s largest ever bank fraud case, judicial officials said yestersday. Dozens more have received jail terms and were ordered to pay fines.

Iranian Prosecutor General Gholam-Hossein Mohseni-Eje’i said four defendants were sentenced to death while two others were given life imprisonment for their part in the case, which involved a series of loans from Iranian banks to the Amir Mansour Arya Investment Company, which used fraudulent documents to purchase state-owned companies.

As many as seven state-owned and private Iranian banks are said to have been involved in the $2.6 billion embezzlement case, which was first discovered in 2010 but had been going on since at least 2007. The investigation resulted in nearly 80 arrests in November 2011, although only 39 of the cases were eventually put on trial.

Besides the arrests, several banks have also fired top officials who were believed to have been either at fault or involved in the fraud case. The case also triggered a vote in parliament in November 2011 to impeach economic affairs and finance minister Shamseddin Hosseini, but he survived the vote after 141 of the 244 lawmakers voted to uphold his position.

In addition to the four death sentences and the two people sentenced to life imprisonment, the Iranian court also handed down sentences to the other defendants. Ejeii said that of the other defendants, some received prison terms of up to 25 years, while others had to pay fines and/or return assets.