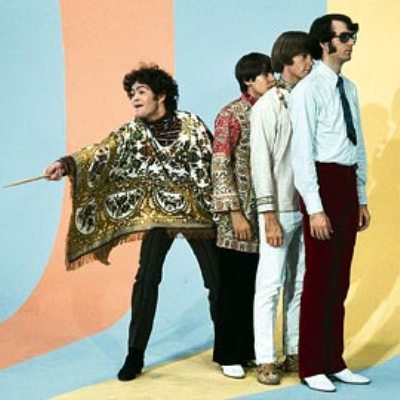 Monkees star Davy Jones dies at 66
PHUKET (News Wires): Davy Jones, the lead singer of the popular American pop rock group ‘The Monkees’, died in Florida on Wednesday as a result of a suspected heart attack, local officials said. He was 66.

Rhonda Irons, a spokeswoman for the Martin County Sheriff’s Office, said Jones was rushed to a hospital on Wednesday morning after complaining of not feeling well. “[A witness] stated Mr. Jones began to complain of not feeling well and having trouble breathing,” she said. “Martin County Fire Rescue responded and transported Mr. Jones to Martin Health System where he was pronounced deceased.”

The cause of death was not immediately known, but a law enforcement source said Jones is believed to have suffered a heart attack. “At this time there do not appear to be any suspicious circumstances surrounding the death,” Irons said in a statement. “The Office of the Medical Examiner will determine exact cause of death.”

Jones, who was born in Manchester, England, rose to fame with pop rock group ‘The Monkees’ which was assembled for the NBC sitcom which carried the same name. The TV series premiered in the fall of 1966 and won the hearts of millions of fans, but the show was canceled in 1968 although the group continued their work through the years.

Besides Englishman Jones, the group was also composed of Americans Micky Dolenz, Michael Nesmith, and Peter Tork. Some of their greatest hits include “(Theme From) The Monkees”, “Last Train to Clarksville”, “I’m a Believer”, “(I’m Not Your) Steppin’ Stone”, “Pleasant Valley Sunday” and “Daydream Believer”. Their albums and singles have sold over 65 million copies worldwide.

“While it is jarring, and sometimes seems unjust, or strange, this transition we call dying and death is a constant in the mortal experience that we know almost nothing about,” Nesmith said in a statement in response to Jones’ death. “I am of the mind that it is a transition and I carry with me a certainty of the continuity of existence. While I don’t exactly know what happens in these times, there is an ongoing sense of life that reaches in my mind out far beyond the near horizons of mortality and into the reaches of infinity. That David has stepped beyond my view causes me the sadness that it does many of you. I will miss him, but I won’t abandon him to mortality.”

A guitar that gently weeps

PHUKET (The Nation): The only daughter of Lek Wongsawang, Piyawan Wongsawang was quick to take charge of his publishing business when her father died unexpectedly in October 2010, turning out the music magazines The Guitar and The Guitar Mag without missing a single issue.

She pays tribute to Lek and thanks him for passing on his passion for music to her with the charity concert, ‘Plern Pleng Kub Lek Wongsawang, which is being staged on Sunday at Siam Niramit.

“As a child, I dreamed of having my own music business,” says Piyawan, 36, the executive editor-in-chief of Wongsawang Publishing and Printing.

Music’s been in Piyawan’s head and heart for as long as she can remember. She listened to it all the time while a student at Chulalongkorn University demonstration School because her father worked as a radio programmer and had piles of vinyl, as well as controllers and turntables.

“I recorded my favourite songs from vinyl to cassette tape and played them in the car on the way to school every morning. In high school, I was more serious about music. I’d look for information about the albums and songs, search out artists’ biographies and the songwriters’ histories. I even used to categorise my music into hot releases, easy-listening, dance, rock and trance.”

In her teens, Piyawan, who’s known to friends and family as Boom, wanted to be a sound engineer. However, her parents refused to allow her to study music or even learn an instrument. So she taught herself guitar.

“My mother hired a guitar teacher for my elder brother but didn’t allow me to take lessons. I remember finding an article about [Thai duo] Asanee-Wasan Chotikul who said they wanted to play guitar but had no money to take a class. Then, they read my father’s ‘how to play guitar’ magazine and practised. I decided to do the same and the first song I played well was their ‘Kor Khoey Sanya’,” says Piyawan, who likes funk, soul and R&B in addition to jazz, dance and DJ music but rock. Her favourite artist is Barry White.

After finishing high school, she went to the US to study marketing at New Hampshire College and then to Boston University for her master’s degree. When she came home in 2002, she landed a job at EMI Music.

“Marketing is a science between media communication and business,” she admits. “My father set a rule: we have to work for at least one year and apply for a job by ourselves without mentioning his name. He taught my brothers and me that we must be employees before becoming employers.

After undergoing her “training” at EMI, Piyawan was finally employed by her dad, becoming part of the editorial department for such magazines as Star Fashion and Hair, while her brothers took responsibility for the publishing house. Nakapone, the oldest, was put in charge of administration and running the overall business.

“I knew nothing about the process of putting together these magazines. Star Fashion was my first responsibility but really didn’t match my character. For the past two years, I’ve been running The Guitar and have adjusted its look and come up with a marketing plan featuring events and concerts,” she says.

Among those events were ‘The Legend of The Guitar’ in 2010, ‘The Magic of Love’ in 2011 and ‘The Guitar Mag 1st Decade and Anniversary Award’ earlier this year.

How does she account for her music magazines surviving when virtually all others have been forced to close?

“I think it’s down to our consistency and quality. We have personnel with skill and experience in scoring the guitar chords of songs, good quality publishing and popularity of branding.

“We will take the audience – fans of his – back to the past with music from the 1960s, the heyday of my father. We’re recreating an old atmosphere along with his image and voice from his days in the radio studio,” Piyawan explains.

“Songs of the past were created by men. Those of today are done by machine. Likewise, songs of the past had meaning. Bob Dylan’s ‘Blowing in the Wind’, which was written 50 years ago, goes well with Thai society these days. Especially the reprise, ‘the answer, my friend,