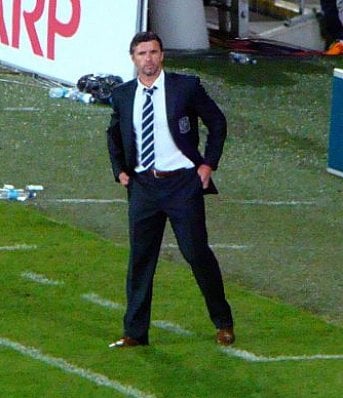 PHUKET: “My dad always said to me that if you do your best it’s enough, and I think you lot did your best tonight.”

Ed Speed, the 14-year-old son of Gary Speed, gave a lifting speech to the Wales national football team after their defeat by Colombia on Wednesday night.

The match was organized as a memorial to Gary who died in November, aged 42, with his widow and two sons in attendance.

After the match, young Ed walked into the Wales dressing room and spoke to the team his father used to manage.

Chris Coleman, who has now taken over as Wales manager and is a close friend of the family, voiced his admiration for the young man’s effort.