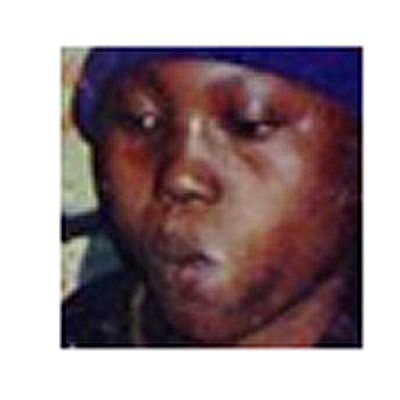 The men were found to have brutally killed Nkonyana because she was living openly as a lesbian. She died in February 2006 after being stoned, beaten and eventually stabbed to death.

Lubabalo Ntlabathi, Sicelo Mase, Luyanda Londzi and Mbulelo Damba were sentenced by the Khayelitsha Regional Court to 18 years in prison. Another five accused were acquitted, according to South Africa’s News24 news portal.

The National Prosecuting Authority had asked for the men to be sentenced to at least 15 years each. “We asked the presiding officer to sentence the men to no less than 15 years in prison as they committed a heinous crime, killed a young woman because she was living openly as a lesbian, [and] never showed any remorse or accepted responsibility for what they have done,” NPA spokesperson Eric Ntabazalila said.

Activists outside the court cheered and danced when the sentence was announced via loudspeaker. They were particularly satisfied that the judge took into account the accused’s reasoning for the murder, chiefly that they were intolerant of Nkonyana’s choice to live openly as a lesbian.

At least 74 dead in riot after football match in Egypt

PHUKET (News Wires): The violence began Wednesday when fans of the home side, al-Masri, stormed the field seconds after their side won the match 3-1 in Port Said and attacked players from the visiting Cairo-based al-Ahli team.

About 1,000 people were injured and 150 were in critical condition, a spokesman for the Health Ministry said.

Those caught up in the violence accused police of standing by while the mayhem erupted around them.

Those killed were trampled or smothered, and some of them were security officers, officials said.

FIFA president Sepp Blatter called it “a black day for football” while an al-Ahli doctor told the Al-Masry Al-Youm newspaper, “This is war, not football.”

The head of the ruling military council, Field Marshal Hussein Tantawi, said an investigation would be conducted and those responsible for the violence would be punished.

Interior Minister Mohammed Ibrahim said 47 people had been arrested as parliament prepared to meet Thursday in emergency session over the incident.

Soldiers were also to be deployed in Port Said to keep the peace, state television said.

The win for al-Masri was a rare one against al-Ahali, a top football team in the country that had long gone undefeated.

Egypt’s state television said fans of al-Masri surrounded the players of the rival team and their supporters on the field and started pelting them with stones and bottles.

Al-Ahli players told local media that security personnel did nothing to protect them.

Their Portuguese trainer, Manuel Jose, said he was considering leaving the country after surviving the melee.

He told the Portuguese television channel SIC that he saw dozens of bodies and team doctors tended numerous severely injured fans, some of whom died in the changing room.

“The blame lies solely with the police,” Jose said in a telephone interview. “There were dozens in the stadium, but they all disappeared suddenly or did nothing.”

Authorities should have seen the violence coming after fans from the home team stormed the field before the beginning of the game, delaying the kick-off for a half-hour, and also ran onto the pitch at half-time and after every goal, Jose said.

Blatter described himself as “shocked and saddened” at the violence and casualties. “This is a black day for football,” he said in a statement. “Such a catastrophic situation is unimaginable and should not happen.”

The Egyptian Football Association suspended all games while the military council said it was sending two military aircraft to Port Said to fly out the al-Ahli team, state television said.

The Supreme Council of the Armed Forces has been in charge since former president Hosny Mubarak was forced out of power by a popular uprising in February 2011.

Jose’s assistant Oscar Elizondo also spoke of a political motivation for the violence. “There is a lot of hate,” he said while describing the behavior of the police as shameful.

Players and coaches were taken from the stadium in “military vehicles that looked like tanks,” Elizondo said.

Jose, 65, said he was attacked himself, suffering kicks and punches. “I and all our players and coaches are fine,” he told the SIC from a police station but added, “You just can’t play under these conditions.”

A fire was reported in a Cairo stadium after a game there was called off.