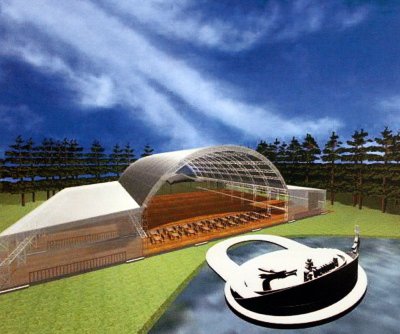 PHUKET: The Laguna Phuket resort complex in Cherng Talay is gearing up for its largest-ever incentives event in April and May, when it will host some 16,000 Amway sales representatives from China.

Phakwiphoo Tanpradit, project manager for Laguna, said the Amway employee seminars will run from April 15 to May 14. They will arrive in staggered batches, with about four to six hundred participants daily.

At the “Governor’s meet the Media” conference on January 31, Ms Phakwiphoo explained that Laguna Phuket hotels would accommodate the guests, with four hundred VIPs staying at the Banyan Tree Phuket.

Such is the size of the group that it will require the resources of the entire complex to accommodate them.

Events and activities will include trips to islands in Phang Nga Bay such as Koh Phi Phi or Koh Hei.

Starting April 17, a Chinese-themed dinner for seven to nine hundred diners will be served nightly for the duration of the event.

Amway China representatives will arrive in Phuket from Taiwan mid-month to organize the event, then return on March 10 to set up the party, she said.

Central to the event will be a floating stage set up for entertainers at the gala dinner venue.

“The floating stage will be organized by Amway, but we will have workers help in some of the preparations, “Ms Phakwiphoo told her.

Rough seas are another concern, as the event will be held at the time of year when monsoon conditions typically set in, causing dangerous riptides and other hazards.

“We’ve already completed a lot of the preparations. At Phuket Airport there will be a priority lane to facilitate the large number of guests arriving, whose buses will have a police escort,” she said.

“Arrangements for parking buses at the locations the groups will visit, including Patong, have already been arranged,” she said.

“Also there will be small One Tambon One Product sales booths in all host hotels,” she added.

The representatives should have some extra pocket money, because growth Amway in China has been growing phenomenally since China revised its law prohibiting direct sales in 2005.

By 2008, China was Amway’s single largest market, reporting 28 per cent growth and sales of US$2.5billion.

Bloomberg Businessweek reported in April 2010 that the company had 237 retail shops in China, with 160,000 direct sales agents and US$3 billion in revenue.