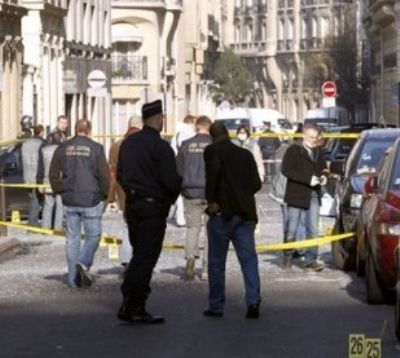 PHUKET: A bomb exploded near the Indonesian Embassy in Paris early yesterday morning, breaking windows and damaging cars but causing no casualties, officials said. It is unclear who was behind the attack.

The attack happened at around 5:15am French time (11:15am Phuket time) when a bomb exploded about 20 meters (65 feet) from the embassy’s entrance, breaking a number of windows at nearby buildings and damaging several vehicles which were parked in the street. Two vehicles were completely destroyed.

An embassy spokesperson said local police officers responded quickly, securing the scene and establishing a police line around the compound. “The security forces are currently conducting an investigation into the explosion,” the spokesperson said. “So far the motive behind this event is not known.”

Although it remains unclear who was targeted in the attack or who was behind it, the Indonesian Embassy in Paris has called on Indonesian citizens in France to remain vigilant in performing their daily activities.