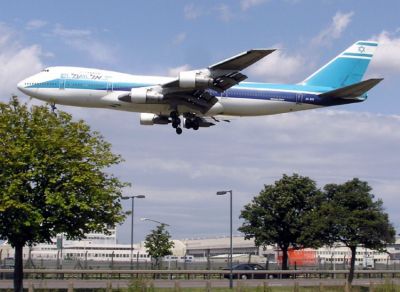 PHUKET: The European Union (EU) announced yesterday that it has finalized negotiations on a comprehensive aviation agreement with Israel.

Following eight rounds of negotiations since December 2008, the two sides have agreed to develop a common aviation area between Israel and the EU based on common rules. According to the agreement, all EU airlines will be able to operate direct flights to Israel from anywhere in the EU, and Israeli carriers will be able to operate flights to airports throughout the EU.

The EU–Israel air transport market will be opened gradually so that by the start of the summer season in 2017, the market will be fully open with no restrictions on the number of weekly flights between Israel and the EU.

During the final round of negotiations in Tel Aviv yesterday, both parties reached an agreement, which is expected to gradually open up and integrate the respective markets, strengthen cooperation and offer new opportunities for industry, including airlines, and consumers.

Vice-President Siim Kallas, EU Commissioner for transport, welcomed the agreement and said the deal will further strengthen the overall economic, trade and tourism relations between Israel and the EU.

“Israel is a key partner for the EU and the agreement will do much to develop the aviation links between the two partners and establish a high level of regulatory convergence,” he said.

The EU said that in addition to gradually opening up the respective markets, the agreement also aims to integrate Israel into a wider Common Aviation Area with the EU.