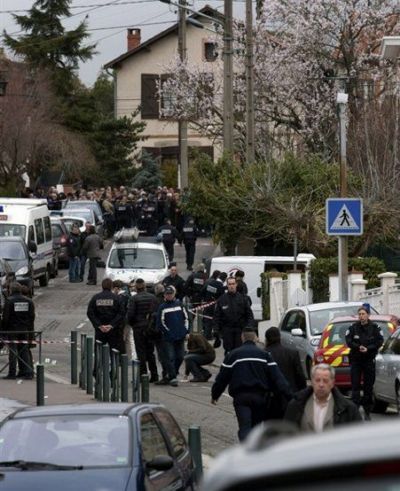 PHUKET: The French gunman behind Monday’s shootings at a Jewish school, and allegedly behind recent attacks against soldiers, was confirmed dead after several hours of confrontation with police forces, local authorities said Thursday.

Mohamed Merah, 23, was killed after a police surrounded the gunman at an apartment in Toulouse, France, at about 3am local time.

Merah had confessed to opening fire at the Ozar Hatorah school in the Roseraie District of Toulouse, which resulted in the death of four people, including a Rabbi and three children. Police forces were trying to negotiate his surrender, but communication was suddenly lost for about 12 hours.

Police forces decided to slowly enter the apartment when Merah, who had been sitting quietly, opened fire. With hundreds of security forces surrounding the apartment, an exchange of fire continued, and shortly before noon yesterday, police said the gunman was dead.

A large number of firearms were recovered at the apartment, as well as a video recording of Monday’s attack at the school. It remains uncertain how Merah was able to gather such a large collection of weapons since he had been under close supervision because he had been linked with Islamic extremist groups in the Middle East.

Monday’s shooting came just eight days after a soldier was shot dead in Toulouse as well.

And last Friday, only four days after the first incident, a similar shooting not far from Toulouse in Montauban, resulted in the death of another three soldiers.

Phuket Gazette: Aviation deal between Israel and the EU expected to boost tourism