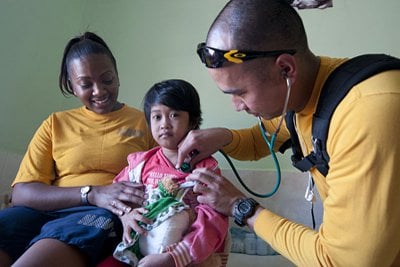 PHUKET: Health officials in Cambodia are investigating a mysterious disease which has affected more than 60 children over the past three months, killing all but one of them, officials said on Wednesday. There is no evidence it is spreading from person to person.

The World Health Organization (WHO) said the unknown disease is believed to be responsible for 61 deaths since April, all of them children under the age of 10. Cambodian authorities first became aware of the issue when they were alerted by the physician of Kantha Bopha Children’s hospital in Phnom Penh, the country’s capital.

“[The Ministry of Health] and WHO are currently investigating the cases and possible causes of the disease are being considered but definite identification of the cause and source may take some time,” Cambodian Minister of Health Man Bung Heng said in a joint Ministry of Health-WHO press release.

The unknown disease is said to start with high fever followed by respiratory and/or neurologic symptoms with rapid deterioration of respiratory functions. The majority of cases have come from the southern region of Cambodia, but no evidence has been found so far to suggest the disease is spreading from person to person.

Only one of the children believed to be suffering from the unknown disease has so far survived.

“WHO is closely monitoring the situation and is providing technical assistance to the Ministry of Health on field epidemiology, clinical management and active case finding,” WHO Cambodia team leader Dr Nima Asgari said. The agency said it has notified neighboring countries through the International Health Regulations (IHR) event information system.