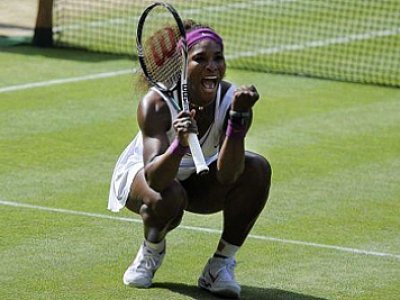 PHUKET: Serena Williams of the US set a new world record of 24 aces in one match in her 6-3 7-6(8-6) semi-final victory over Victoria Azarenka.

Williams is hoping to win her 5th Wimbledon women’s singles title when she plays co-finalist Agnieszka Radwanska of Poland, who defeated Angelique Kerber 6-3 6-4.

Radwanska, playing in her first grand slam final, will need to be on the very top of her game if she is to stand any chance against the ferocious Williams.

The two have met twice before, with Radwanska failing to win a single set against Serena. The way Williams is playing and the sheer power she possesses, with 85 aces so far at Wimbledon, could prove too much for the Pole.

The final is scheduled to be played tomorrow at 1pm GMT (7pm Phuket time) and is being shown live on ESPN.