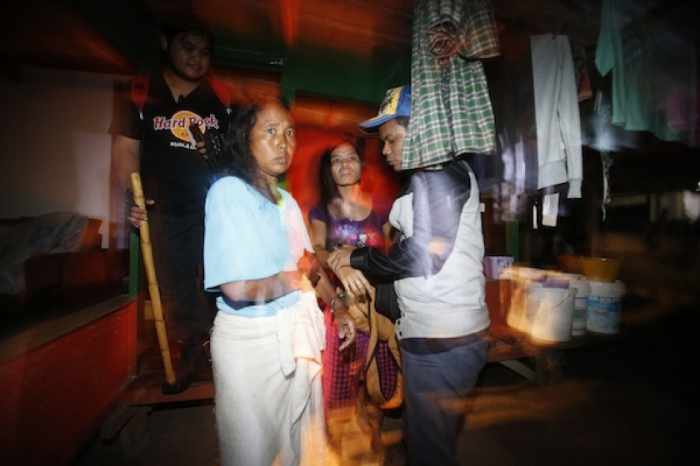 The passengers included women and children and the boat was not fit for a sea voyage, said Muhammad Zuri, an official with the Malaysian Maritime Enforcement Agency (MMEA). The boat was heading for Malaysia, Zuri said, but another rescue official said the vessel was going from Malaysia to Indonesia’s northernmost province of Aceh.

The second rescue official said the boat left from Malaysia’s Carey Island, an area roughly a fifth the size of Singapore that is dominated by oil palm plantations.

Malaysia, one of Southeast Asia’s wealthier economies, has long been a magnet for illegal immigrants from Indonesia and other poorer countries in the region. Many undocumented Indonesians work in Malaysia’s vast oil palm plantations, a mainstay of its economy.

“This was an illegal boat and all the passengers were Indonesian,” Zuri told Reuters.

The maritime agency earlier said that 66 people were missing, but a local police official told Reuters that 55 passengers had now been rescued, leaving the total number of missing at 42.

Malaysian rescuers were scouring the area for more survivors and had deployed a helicopter, one large ship and four smaller boats in the operation, officials said. Several fishing boats were also helping with rescue efforts.

The MMEA said the boat sank at around 1 a.m. in the Strait of Malacca off the Malaysian coastal town of Banting.

Despite periodic crackdowns on illegal workers, Malaysia is home to an estimated 2 million undocumented immigrants or about 7 per cent of its 29 million population.

The question of migrant workers has long been a touchy issue in Indonesia. Both candidates in the July 9 Indonesian presidential race have said that overseas workers, often doing menial labour, need better protection.