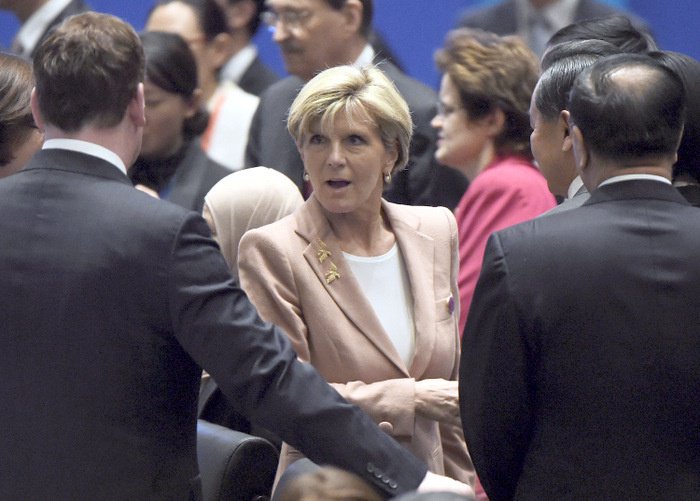 Brazil and the Netherlands withdrew their ambassadors from Indonesia, which has some of the strictest drug trafficking laws in the world, after two of their citizens were among six people executed for drugs offences at the weekend.

Australia has been seeking clemency for the two members of the so-called Bali Nine, who were arrested in 2005 on charges of smuggling heroin into Australia, but Bishop said Indonesia had not been receptive to its pleas.

Asked if Australia would follow Brazil and the Netherlands in withdrawing its ambassador from Jakarta if the executions of the two Bali Nine members went ahead, Bishop said she would not rule it out.

“I won’t … speculate as to what would happen should the Indonesian government carry through its threat to execute Australians. What we will continue to do at this point is make representations where we can, how we can,” she told Sky News.

Citizens from Vietnam, Nigeria and Malawi were also among the five foreigners and one Indonesian executed at the weekend.

It was not immediately clear when the executions of the Bali Nine members might take place, or when Indonesia might hold its next round of executions. Indonesia resumed executions in 2013 after a five-year gap.

Australia and Indonesia have a long history of diplomatic tensions, which have periodically complicated cooperation on regional issues including people smuggling and intelligence.

Indonesia recalled its envoy and froze military and intelligence cooperation in 2013 after reports that Canberra had spied on top Indonesian officials, including former president Susilo Bambang Yudhoyono’s wife.

Full diplomatic cooperation was restored in May last year.

The case of the Bali Nine, who were found guilty of attempting to smuggle more than 8 kg (18 lb) of heroin, has enormous resonance as a domestic political issue in Australia.

Bali is a popular tourist destination for Australians, who are broadly opposed to the death penalty, especially in a case involving young people who are viewed to have made a tragic youthful mistake.

Sentences in the case ranged from 15 years’ jail to death.