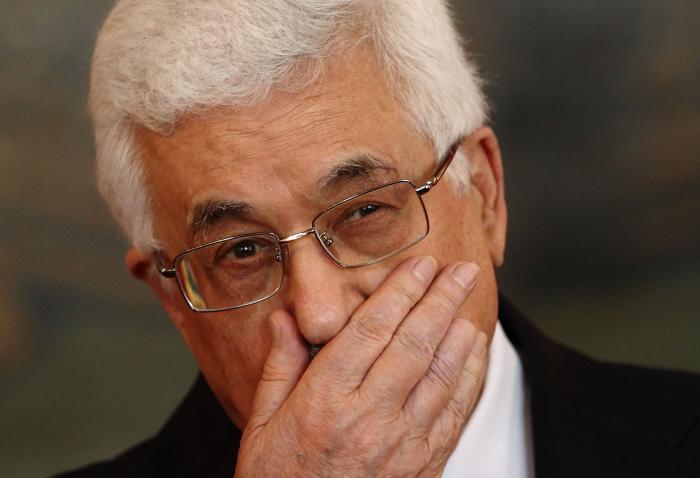 PHUKET: Palestinian President Mahmoud Abbas called the Nazi Holocaust “the most heinous crime” against humanity in modern times in a statement released on Sunday, an apparent bid to build bridges with Israel days after troubled peace talks collapsed.

Abbas has condemned the mass killings of Jews in World War Two before and challenged allegations, stemming from a 1983 book he authored, that he is a Holocaust denier.

But the timing of the publication of his latest comments gave them extra significance, a day after he signalled he remained committed to the peace talks and said a future Palestinian unity government would recognise Israel.

The message, in Arabic and English, coincided with Israel’s annual remembrance day for the 6 million Jews killed in the Holocaust, and included an expression of sympathy for the families of the victims.

Israel suspended U.S.-sponsored peace talks with the Palestinians on Thursday in response to Abbas’s unexpected unity pact with the rival Islamist group Hamas – a movement which has vowed to destroy Israel.

Abbas, according to the official Palestinian news agency, Wafa, made the comments at a meeting with an American rabbi last week.

“What happened to the Jews in the Holocaust is the most heinous crime to have occurred against humanity in the modern era,” Abbas told Rabbi Marc Schneir, president of the New York-based Foundation for Ethnic Understanding, which promotes relations between racial and ethnic communities.

The Palestinian people, he added, “are the first to demand to lift the injustice and racism that befell other peoples subjected to such crimes”.

Israeli Prime Minister Benjamin Netanyahu, while not referring directly to Abbas’s statement, accused the Palestinian leader of forging a partnership with Holocaust deniers.

“Hamas denies the Holocaust while trying to create another Holocaust by destroying Israel,” Netanyahu said in public remarks at the weekly meeting of his cabinet. “It is with this Hamas that Abu Mazen chose to create an alliance last week.”

A spokesman said Netanyahu’s comments were not a direct response to Abbas’s statement but the Israeli leader was aware of what the Palestinian president had said.

Palestinian Media Watch (PMW), an Israeli monitoring group, says both Hamas and Abbas’s Fatah movement have engaged in Holocaust denial. On its website, PMW cites a Hamas TV documentary which it said alleged Jewish leaders planned the Holocaust to eliminate the “disabled and handicapped”.

But the website also mentions a statement issued by Abbas’s Palestinian Authority in January condemning the Holocaust and the targeting of Jews.

Abbas has long been accused by some Israeli politicians of being a Holocaust denier over his book, “The Other Side: the Secret Relationship Between Nazism and Zionism”, which was based on his doctoral dissertation where he questioned the number of Jewish Holocaust victims.

In an interview with Israel’s Haaretz newspaper in 2003, Abbas said he had quoted an argument between historians in which various numbers of casualties were mentioned.

“I have no desire to argue with the figures. The Holocaust was a terrible, unforgivable crime against the Jewish nation, a crime against humanity that cannot be accepted by humankind,” he told Haaretz.