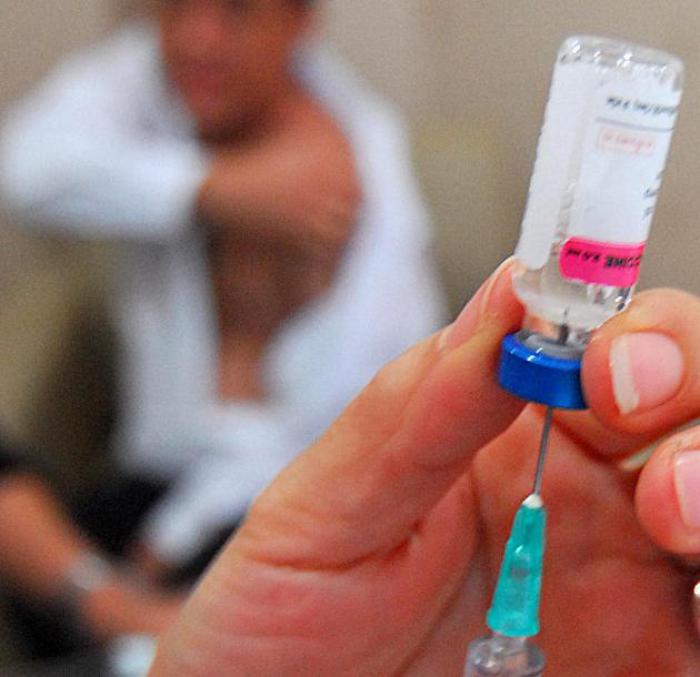 PHUKET: Fifty people have been killed by seasonal influenza, which has hit more than 30,000 people this year, prompting the Public Health Ministry to be on alert.

Public Health permanent secretary Narong Sahametapat said he had instructed all public and private hospitals to be on alert for possible cases of infection with the H1N1 virus, a virulent seasonal-flu virus.

Doctors were asked to administer the Oseltamivir drug to patients immediately if their condition does not improve in two days.

Narong said the Public Health Ministry had received reports that since the beginning of the year till Friday, there had been 30,024 seasonal influenza cases, and most of the illness was caused by the H1N1 virus.

Compared with the same period last year, the influenza cases jumped by 36 per cent, he said, adding that no one was killed by influenza last year.

Narong said most Thais did not have a strong immunity against the H1N1 virus so it was expected that many people would be hit by the virus.

He said the ministry had formed a panel of experts to monitor the situation to provide advice to doctors nationwide around the clock.

Narong added that the ministry would soon provide vaccinations against H1N1 to the most at risk groups.

PHUKET: Assailants yesterday shot dead a couple in their tobacco shop in broad daylight in a fresh market in Pattani’s Ma-Yor district and fled in the victims’ pickup truck.

The suspects, two men, later left the pickup behind after being chased in Yarang district.

Initial police investigation reveal the victims – Suchart and Kesorn Chantibhodi, both from Nakhon Si Thammarat, were selling tobacco in Palas market at about 11am when the two men approached them, pretending to be customers.

The suspects suddenly drew out guns and opened fire. They then stole the couple’s car keys and drove off in their pickup, which was loaded with tobacco.

Kesorn succumbed to head and body wounds on the way to hospital while Suchart was announced dead at the hospital.

At 2pm, soldiers and village volunteers spotted the pickup in tambon Korlam, Yarang district. They followed it and later found the vehicle abandoned in Kuvae village.

Meanwhile, authorities in the South have beefed up security measures ahead of the 10th anniversary today of the massacre at the Krue Se mosque.

In 2004, dozens of Islamic militants launched coordinated pre-dawn attacks before about 30 assailants barricaded themselves inside the historic Krue Se mosque in Pattani.

They were all killed by the army. The shootings angered local Muslims and the army was criticised for using excessive force.

The authorities strengthened their screening of vehicles and people at existing checkpoints in Yala’s Betong district, particularly those leading to Betong municipality and exits to the Thai-Malaysian border.

Fourth Army Region Commander Lt-General Walit Rojanaphakdee has issued an order for all security units in the deep South to be on alert for possible attacks today.

Intelligence units in the area have reported that insurgents may stage bomb attacks including car bomb attacks to “commemorate” the people killed at the site. Alerts have been issued in all areas, particularly Thai Buddhist communities, as well as economic and business areas.

PHUKET: A claim that the Privy Council president agreed to a proposal to seek assistance from His Majesty the King to help end the political crisis has come under attack from key Pheu Thai Party men.

Lawyer Noppadon Pattama said he had no knowledge of whether Privy Council chief General Prem Tinsulanonda had accepted the Man of State group’s proposal. But he personally believed that Prem, who holds the high post of Privy Council president and is regarded as one of the country’s most respected figures, would not accept the proposal, as there were no laws to support it.

Saiyud Kerdphol, a retired Army general who is a former armed forces supreme commander, said on Friday that Prem would submit to HM the King an appeal by the group for a royal command to solve the political crisis, which has dragged on for six months.

“Saiyud should urge the Election Commission to hold a snap election and the Democrat Party to take part in the election besides asking the People’s Democratic Reform Committee to stop its rallies. Do not opt for measures beyond the charter boundaries, as the country has not reached a dead-end,’ he said.

Pheu Thai spokesman Prompong Nopparit quoted Prem’s close aide Lt General Pitsanu Phuttha-wong, chief of the Office of the General Prem Tinsulanonda Statesman Foundation, as saying that Saiyud met Prem but did not agree with the proposal. Prompong quoted Prem’s aide as saying the statesman felt strange about a former high ranking military man who was also Pollwatch chairman stage a political move that may cross lines of the charter.

“The country is facing problems. While people want to take a step towards an election, Saiyud wants to lead them by jumping through the window. The proposal could upset the King. Privy Councillors should be above politics,’ he said.

“Saiyud risks becoming a wreck late in life. I believe he is a medium of anti-government groups and his move has a political implication,’ Prompong said.

The spokesman questioned Democrat Party leader Abhisit Vejjajiva’s motive to seek co-operation from all sides to end the political impasse. He said if Abhisit was sincere and was seeking redemption for teaming up with anti-government groups in plunging the country into a crisis, he should vow to take part in the election as soon as possible and declare an iron rule to make party members who have joined the People’s Democratic Reform Committee (PDRC) stop carrying out any activities with the group.

He said he suspected Abhisit only faked his fights with PDRC chief Suthep Thaugsuban to shore up the Democrat Party’s image.

Pheu Thai’s director on political affairs Udomdej Rattanasatien said Abhisit’s latest political move was a last-ditch attempt to restore the party’s name as an institution that upholds democracy. “When he sees that the PDRC and Abhisit’s common ground of having reform before an election was not feasible, he was forced to do a U-turn to show a commitment to democracy and election,’ he said.

PHUKET: A leader of the anti-government People’s Democratic Reform Committee (PDRC) was detained for about 12 hours by police yesterday after returning from a trip to the United States.

Government calls for more troops in Bangkok as crisis heats up