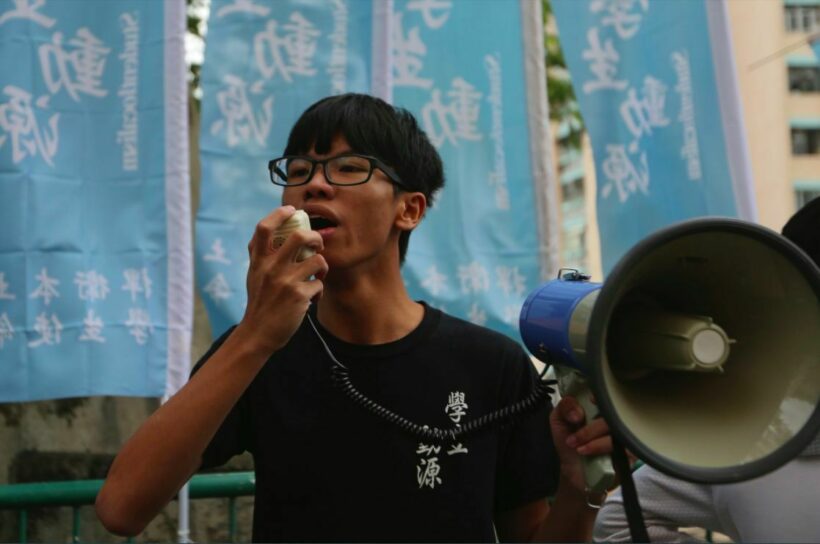 The youngest Hong Kong pro-democracy activist yet has been convicted and jailed under the territory’s harsh national security laws. BBC reports that the 20 year old Tony Chung was being tried for the crimes of secession and money laundering, and has been sentenced to 3 years and 7 months in prison. Beijing has been cracking down on activists ever since widespread pro-democracy protests broke out on the island in 2019.

The young man was arrested by plainclothes police in October 2020, according to BBC. Chung was the leader of a small group called ‘Studentlocalism’ that supported Hong Kong seeking independence from China. He was arrested for the alleged possession of pro-independence materials and for a number of pro-independence social media posts, both of which are illegal under China’s national security law.

BBC claims that Chung was arrested by plainclothes cops near the US consulate in Hong Kong, where he was going to seek political asylum. Johnny Patterson, the director of the human rights group Hong Kong Watch, commented on the nature of Chung’s conviction.

“…disproportionate, draconian, and sets a dangerous precedent for other young Hong Kongers whose only crime is using social media to protest the dismantling of Hong Kong’s freedoms…At 20 years old, Tony Chung is the youngest person to be sentenced under this draconian law. He will not be the last.”

The judge of the case said that Chung “played an active role in promoting the independence of Hong Kong,” but the 20 year old insists that he has nothing to be ashamed of. The national security law was put in place by China in June 2020. It further erodes Hong Kong’s autonomy, BBC reports, and makes it easier for the government to arrest and punish protestors and dissidents. Using this law, over 150 activists, politicians and journalists have been arrested in the territory.

HolyCowCm
CCP = Bullies. F the CCP and their bully control force. None of any territory or countries want to have them in their lives being controlled. Free Tibet! Free Hong Kong! Stay out of the Country of Taiwan! Portugal named…
Jason
So what do you propose? World War three? It's all well and good to have these aspirations. Right now, we are in the middle of a global pandemic that effects everyone. Interestingly, the pandemic has been a real wake up…

New Zealand sets to reopen to tourists from April 30, 2022