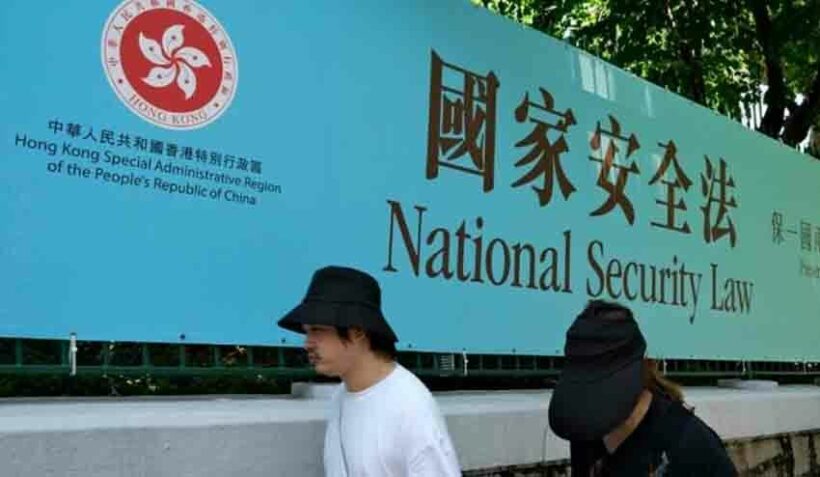 The trial of the first person to be charged under a controversial national security law gets underway in Hong Kong today – and there will be no jury present. The national security law was imposed by Beijing last year, following huge pro-democracy protests. It signifies a landmark change in Hong Kong’s political and legal landscape and has been slammed by many foreign governments, who accuse China of breaking the, “1 country, 2 systems” undertaking given at the time of Hong Kong’s 1997 handover from Britain.

According to a Bangkok Post report, 24 year old Tong Ying-kit was arrested a day after the law was introduced, after driving his motorbike into a group of police officers monitoring a pro-democracy protest. His bike bore a flag with the slogan, “Liberate Hong Kong, revolution of our times”, which has since been outlawed under the new law. Tong has been charged with inciting secession and terrorism, as well as dangerous driving. If found guilty, he faces life in prison.

Attempts by Tong’s lawyers to have his case heard by a jury have been rejected twice. The absence of a jury is a significant shift away from the territory’s common law system, which for 176 years has allowed for trials by jury. Instead, Beijing’s national security law allows for trials to be heard by 3 specially chosen judges.

Tong’s lawyers have not yet decided on whether to take his case to Hong Kong’s Court of Final Appeal, but the national security law would still override any local ruling. Tong is the first person to be charged with violence under the act. While over 60 others face charges under the new law, they are related to political speeches or opinions that are now banned under the law.