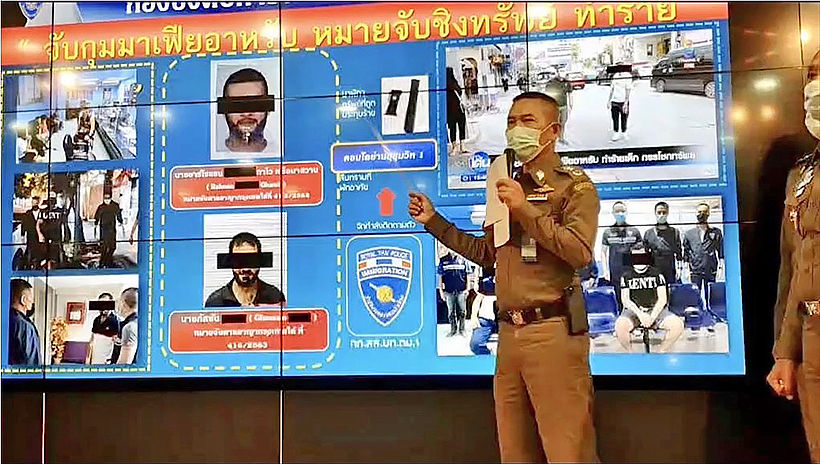 The chief of the Thai immigration police today announced the arrest of two Arabs in Bangkok’s Nana area. INN reports that they’re “local mafia”, running protection rackets and committing robberies and assaults. The case began when a Thai salon owner filed a report with Lumpini police claiming that her husband and 3 year old son were assaulted by 2 men she described as “mafia figures”. An Apple watch was stolen during the assault.

Police determined that 1 of the men was “Rashwan”, an Iraqi living in a condo in Sukhumvit Soi 1. But when police went there Rashwan was nowhere to be found and appeared to have moved out hastily. The room was a mess and no passport was discovered. The watch was found and a photo of it was shown to the victims who confirmed it was theirs.

A search later resulted in the arrest of the Iraqi, who was found to have entered Thailand illegally, and a man called “Ghassan”, reportedly a Syrian. He is a long term resident in Thailand and is facing 3 court cases. He’s been ordered by the court to remain in Thailand until the cases are resolved.