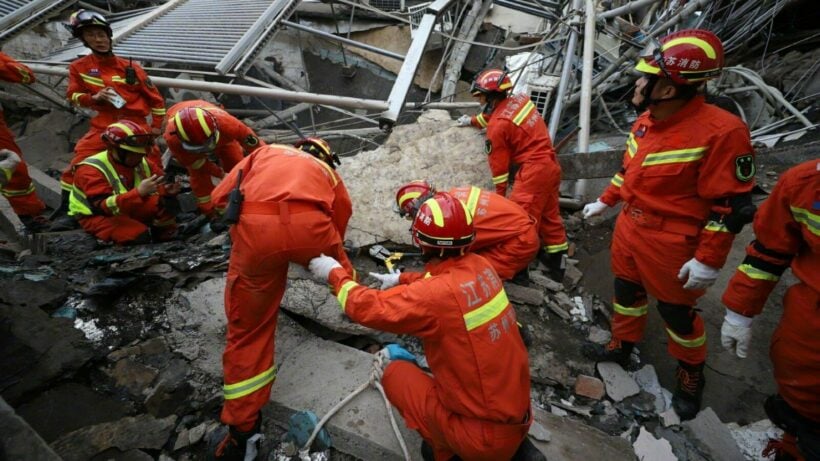 A hotel in the eastern Chinese city of Suzhou collapsed on Monday. However, it took 36 hours of searching to locate 23 people who were buried in the rubble. However, only 6 were still alive leaving 17 dead. 5 of the 6 people found alive are reportedly injured but in stable condition. 1 survivor was uninjured.

The Siji Kaiyuan Hotel I collapsed on Monday afternoon and more than 600 rescue workers were dispatched to the scene. At first, officials thought there were only 18 people trapped in the 54 room hotel. However, they later found that there were 5 additional, unregistered guests inside.

The initial investigation into the collapse found the cause was the owner changing the structure of the building, says Global Times.1 resident of the hotel says the building formerly had 3 floors, but they kept adding floors as the years went by, they told Red Star News.

Reportedly, the hotel was constantly under renovations in the last couple of years.

The Jiangsu Provincial Government say an investigation is underway and that any “relevant individuals” will have criminal charges lodged against them.

Buildings collapsing in China has been previously connected to inadequate construction work.

In 2020, 29 people perished after a hotel collapsed in the Fujian province. It was being used as a Covid quarantine facility at the time. Investigators found “serious problems” with the hotel’s construction, said a Xinhua report.

SickBuffalo
1 hour ago, Thaiger said: At first, officials thought there were only 18 people trapped in the 54 room hotel. However, they later found that there were 5 additional, unregistered guests inside. Thank God this didn't happen in India. It…

gummy
7 hours ago, SickBuffalo said: Thank God this didn't happen in India. It could have been thousands of unregistered guests. most of them would have been on the roof