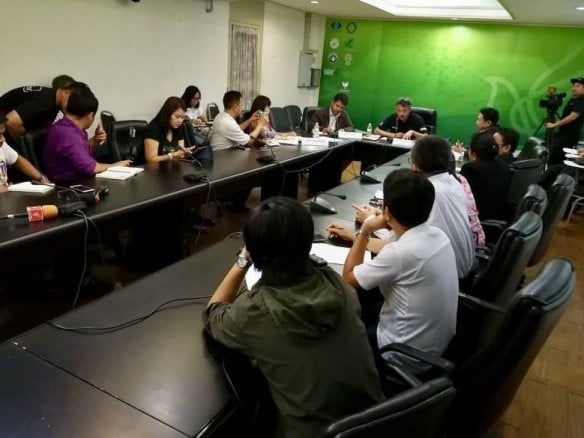 In the wake of the corruption investigation focusing on Phuket police, academics and stakeholders told a seminar held by the watchdog Police Watch that business operators on the island face police extortion worth millions of baht per month.

The seminar was held at the Thai Journalists Association in Bangkok on Sunday. Thammarat Suwanphosri, founder and administrator of the “Spotlight Phuket” webpage, said he had filed complaints with Prime Minister Prayut Chan-o-cha and the Royal Thai Police’s Inspector-General’s Office about extortion in Phuket, citing increasing amounts being demanded for bribes and unnamed “good” officers who wished the issue to be exposed. In the past week, several police officers have been transferred as a result of the investigation.

Thammarat said the practice of demanding bribes had several root causes, included that police positions had to be bought at five key precincts, prompting officers to demand bribes to compensate for the payments.

The Patong area has seen the most bribes with 8 million to 22 million Baht being collected per month from several business groups, including those involving immigrant workers, entertainment venues, shops selling counterfeit goods, football gambling and illegal lottery bookies, Thammarat said. He added that a Phuket construction camp that used to pay 1,000 Baht per employee per month in bribes was now being charged 10,000 Baht per employee.

Pol Colonel Wirut Sirisawat-dibutr, former deputy commander at the Inspector-General’s Office and an adviser on police reforms, said there should be a “Spotlight Thailand” for the entire country to fight corruption. The issue of bribery did not just affect businesses, he said, but also caused consumers to pay higher prices.

Wirut said Phuket was troubled by multiple forms of bribe-taking, including extorting money from heavy trucks to allow them to travel the roads, resulting in pavement damage that leads to higher accident risks and the Highway Department having to pay millions of baht each year for repairs.

He asked the National Anti-Corruption Commission (NACC) to take action based on the NACC Act’s Section 103, which prescribes punishment for people who illegally acquire assets worth more than Bt3,000. At present, he added, no one was being punished under the measure intended to curb bribery.
He said criminal charges also seemed to target only the officials who actually collected the bribes, instead of the higher-level beneficiaries of the graft, so tackling the issue must be done systematically. 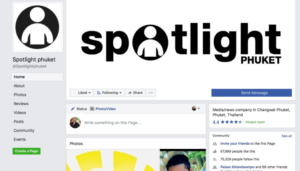