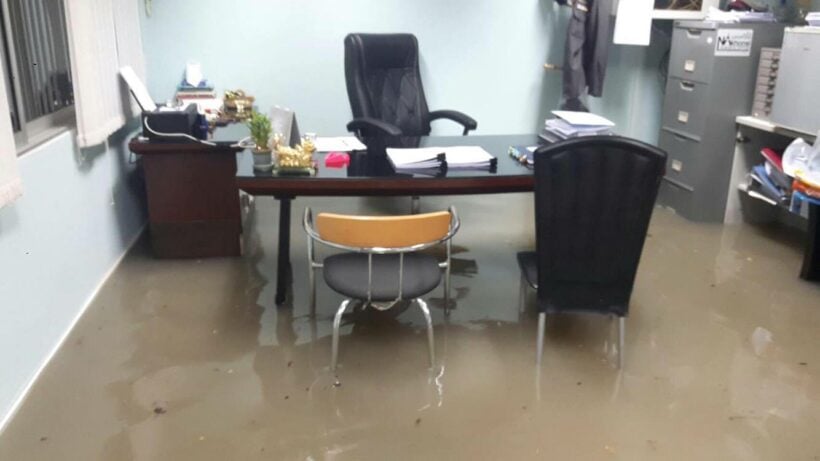 Patong traffic police are warning people to avoid traveling on Patong’s roads following the floods and small landslide across the road to Kalim after a sustained downpour. The Patong Police station has been inundated by 60 cm of water.

The roads affected include Phra Metta Road in front of Patong Hospital up to Banzan Market, Rat Uthit 200 Pee Road from the Sainamyen Intersection until the end of Soi Bangla, Thaweewong Road from the beginning of Soi Bangla until Dolphin Park and Phra Baramee Road near Kalim which also has a minor landslide on parts of the road. 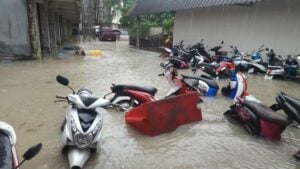 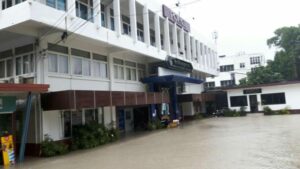 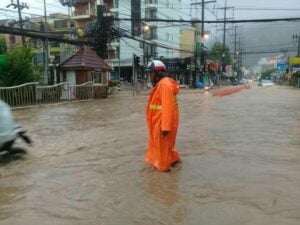 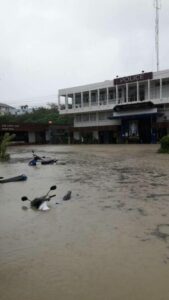 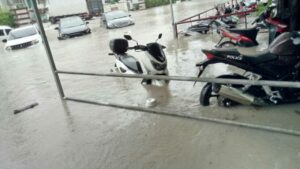 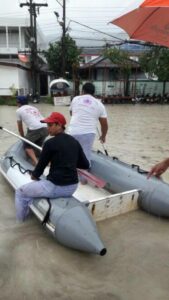 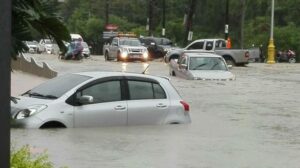 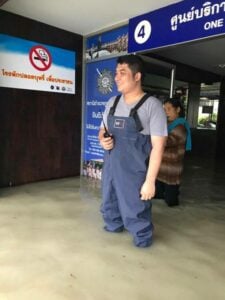 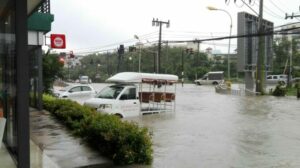 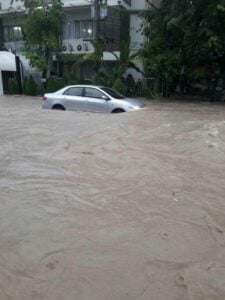 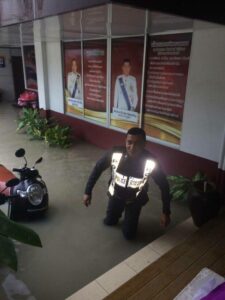