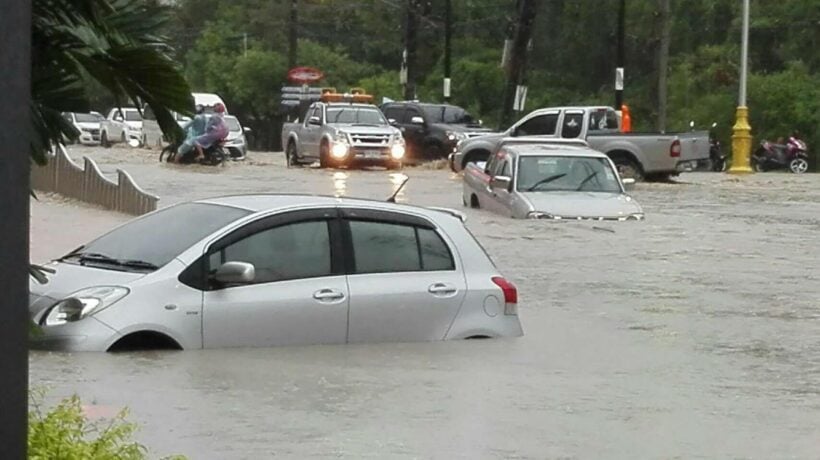 The Phuket Municipality has sent a team to closely monitor and measure the level of flood as well as support the traffic and help people who are suffering from the flash floods. The water pump station is also closely monitoring rubbish from the canals and will be continuously removing an blockages to allow flow into the drains.

If you have an urgent problem from flooding, contact the hotline 1132 – the Phuket Municipality’s Department of Disaster Prevention and Mitigation.

Meanwhile in Thalang district, in the Paklok area, a big tree fell crossing the road making a long traffic jam while other roads in the area are also suffering from flood.

The flash flood from Soi Patak 18 has caused flooding around Karon area and the roads around Chalong Circle are flooded as well.

Heavy going for traffic right around Phuket today. Please keep your headlights on if you have to be on the roads in the heavy rain.

Posted by The Thaiger Radio on Thursday, September 14, 2017