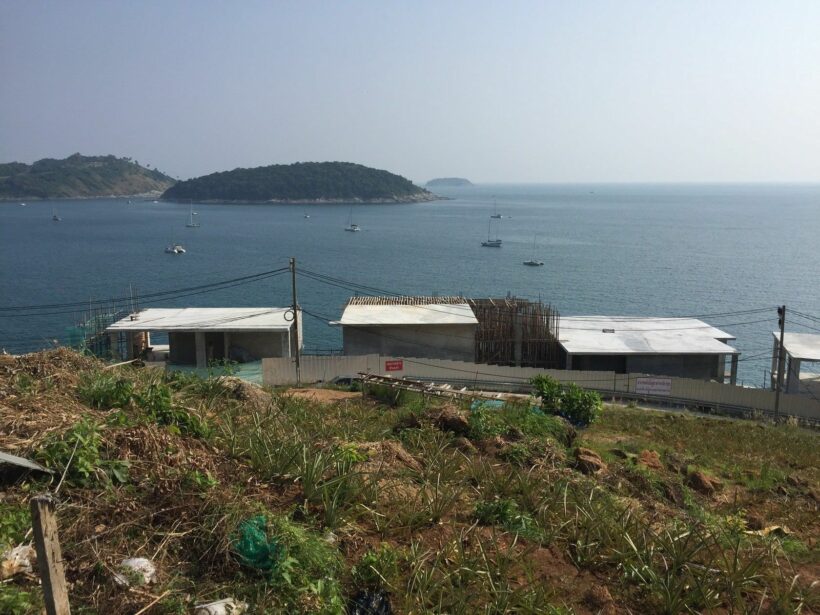 Cheewapap Cheewatham, Head of the centre’s Payak Prai Forest Crime Suppression Taskforce, led his team to inspect the encroached waterfall opposite the Ao Sane luxury property construction that was ordered to be suspended last year.

The team found that the land opposite the illegal luxury property has nine shacks housing construction workers built with a water tank installed in the natural water way of the waterfall. Nearby, there are a lot of pineapple trees planted all the way to the mountain with a fence along the stream. Rawai Municipality officials also confirmed that the waterfall and stream used to be a public attraction among locals in the past. 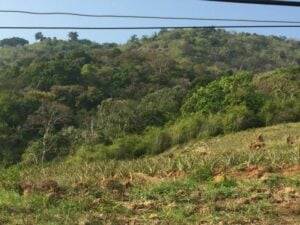 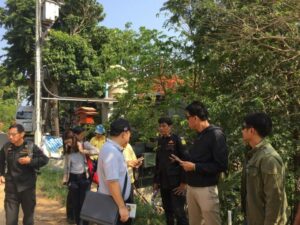 The workers in the shacks told the team that they work for Suppachai Boonna, so the officials contacted the man who later came to the place and said that he’s the contractor for the property in front, which belongs to Thanakorn Tien-Ngern, who also claims rights to the land around the waterfall.

He said that Thanakorn is waiting for the verification from DSI to finish the construction of the property as he has the tax receipt as evidence of his alleged ‘ownership’.

The team searched the location by GPS for the 8 spots of disputed land claimed to be Thanakorn’s and found that they are outside of preserved forest and permanent forest land, but they are inside the area of forest land according to Forestry Act 2484.

The team has made a report and Cheewapap will file the case to DSI for further investigation. 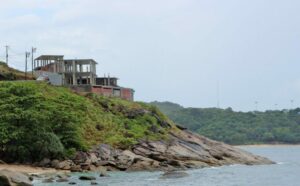