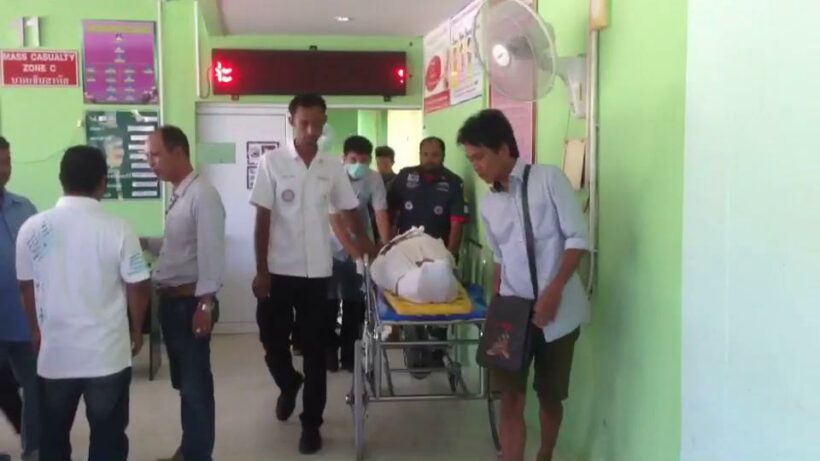 A 42 year old Volunteer Defense Corps officer, Thongchai Poonkerd, was shot early this morning (February 28) while going to work at a rubber plantation with his wife. Police suspect that the motive for the homicide is most likely drug suppression operations.

The two went to the rubber plantation at about 5.30 am with a motorcycle. When his wife went down to open the gate to get in the shooter shot him twice. He was rushed to a hospital but later died from his injuries.

At the scene of the crime police only found blood but no other evidence that would give them clues. Preliminary examination of his wounds through his back and through to the chest, police believe that the weapon was probably a shotgun.