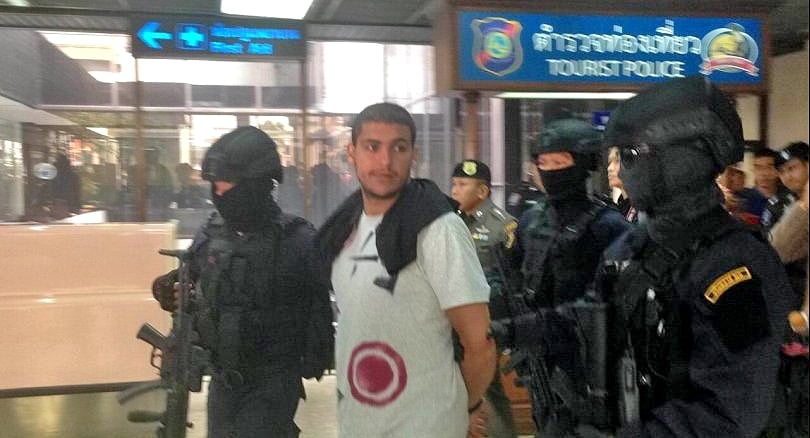 Revenge appears to be the motive in the brutal murder of an Israeli man by his two compatriots on Koh Samui Island on Sunday.

The attack was captured by a roadside CCTV camera and the story featured prominently on various Thai media outlets yesterday morning. Police said the suspects driving an SUV appeared to run over Maor Mallil and his girlfriend Rashel Oshana, who were riding on a motorcycle on Chaweng Beach-Ban Choeng Mon Road in front of Samui International Hospital in Tambon Borphud, Samui district.

Mallil is then seeing trying to assist his girlfriend with the help of his friend riding another motorbike when the SUV reversed and hit him again. Then the two suspects allegedly got out of the SUV and stabbed Mallil repeatedly before speeding off.

The victim was pronounced dead at a hospital while his girlfriend was seriously injured.

Pol Maj-General Angkoon Klaiklueng, the regional tourism police commander, said police had asked the Israeli Embassy in Bangkok for information after the arrests of Zuarez and Kokal.

“We were informed that Mallil, the victim, had been sentenced by an Israeli court to 20 months in jail for trying to run over both suspects before opening fire on them. After he was released from jail, he travelled to Thailand and the suspects followed him to get revenge,” he said. 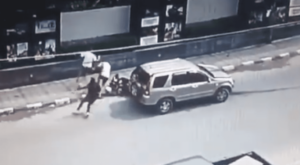 Deputy national police chief Pol General Chalermkiat Srivorakan claimed both suspects confessed to the murder as they had a bitter history with the victim. He was speaking after both suspects were taken back to Koh Samui to face charges.

Tourist police flew them back to Surat Thani yesterday to face murder and assault charges. Speaking at the same press conference, Pol Maj-General Surachet Hakparn, deputy tourism police commander, quoted the Israeli Embassy as saying that both suspects were allegedly middle-rank mafia figures who were influential in Israel.

“They had assaulted Israeli police and have prior records of drug-related crimes. They are believed to be from a different gang than that of the victim,” he said.

The suspects arrived in Thailand on January 11 on visas that allowed them to stay for 30 days. Both men had entered and left Thailand several times previously.

“The suspects had followed the victim to Koh Samui over quite a period of time and, when the time was right, they allegedly committed the crime,” Surachet said.

He also complimented police for quickly arresting the suspects within five hours of the crime.

“For now, they are still denying the crime. We, however, have solid evidence from our search at their hotel, such as a knife and clothes they wore during the crime,” he said.

The clothes and other items had been sent to forensics officers to collect fingerprints, Surachet said.