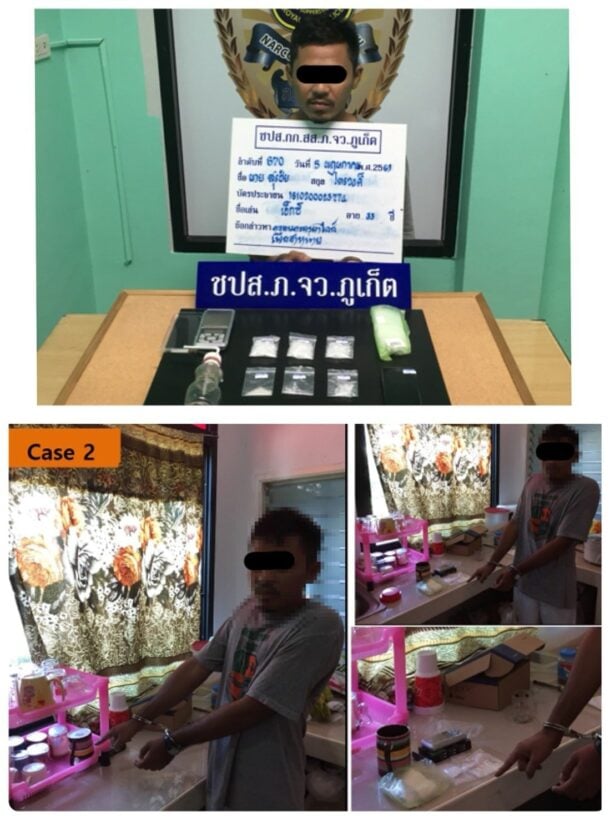 On Friday (May 3) at 8:30pm police arrested 33 year old Jennarong ‘A’ Nareewan at D Condo Kathu condominium. He was found with 50.87grams of crystal meth (ya ice), 15 of methamphatamine (ya bah) and nine bullets.

He was taken to Kathu Police Station to face charges including possession of Category 1 drugs with intend to sell and illegal possession of ammunition.

Yesterday (May 4) at 1pm police arrested 33 year old Surachai ‘X’ Triwong at a house in Rassada. He was found in possession of  34.98 grams of crystal meth.

He was taken to the Phuket City Police to face charges of possession of Category 1 drugs with intend to sell.