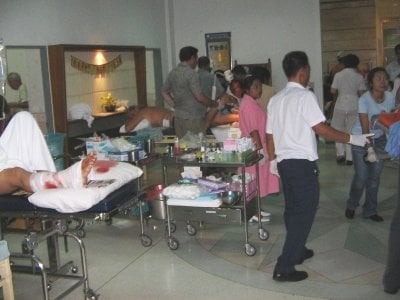 Imagine sitting in a news office on the morning of December 26, 2004. You’re working as a journalist in Phuket.

It was that morning that an earthquake struck an area about 500 kilometres south west of Phuket. Two hours later the shock waves reached the island in the form of a tidal surge. This was the first report from the Phuket Gazette that morning HERE. 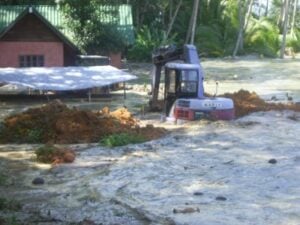 “Emergency response units have been scrambled after waters off Phuket surged onto land this morning, washing away homes on the east coast and causing damage at resorts all along the west coast.”

Of course the early toll and general understanding of the tragedy was unknown to most at this stage so the toll just kept rising as the day went HERE. 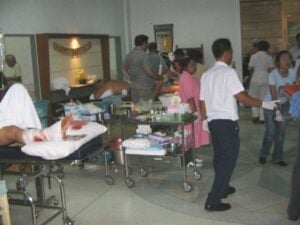 “Government officers and police are currently working to evacuate coastal areas in anticipation of another, aftershock wave.”

In the following days it became more apparent about the full extent and scope of the destruction, not only in Phuket, but right around the rim of the Indian Ocean HERE. 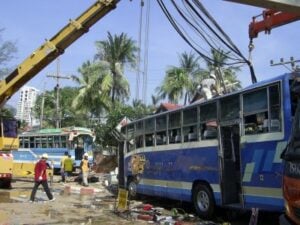 “Mayor Pian Keesin today told the Gazette that municipal officials were still searching for bodies, but that 100% of those who suffered injury had already been sent to hospitals.”

Phuket was badly affected but partly protected by a fairly steep ocean shelf where the shallow water becomes deep quite quickly off the coast of the island. This took some of the impact out of the wave as it approached the island. Not so in Khao Lak where the shallows extend a long way into the Andaman Sea allowing the wave to continue moving faster, a lot closer to the shore. Khao Lak was particularly badly hit HERE. 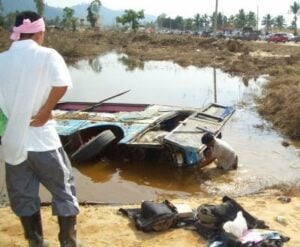 “The road which, before the tsunami hit, was lined with lush vegetation, now affords an open view of devastation stretching for kilometres.”

In total, there were an estimated 8,150 lives lost in Thailand following the tsunami. Only 4,812 were positively identified, the remainder missing and never located, presumed dead.

You can follow the trail of the stories as the horror unfolded on that fateful day, 13 years ago HERE.

In all there were more than 70 stories prepared by Phuket Gazette journalists in the weeks and months following the disaster – a vital contribution to keeping the island abreast of vital developments at the time.

Tropical storm “Tembin” makes its way across the Gulf of Thailand