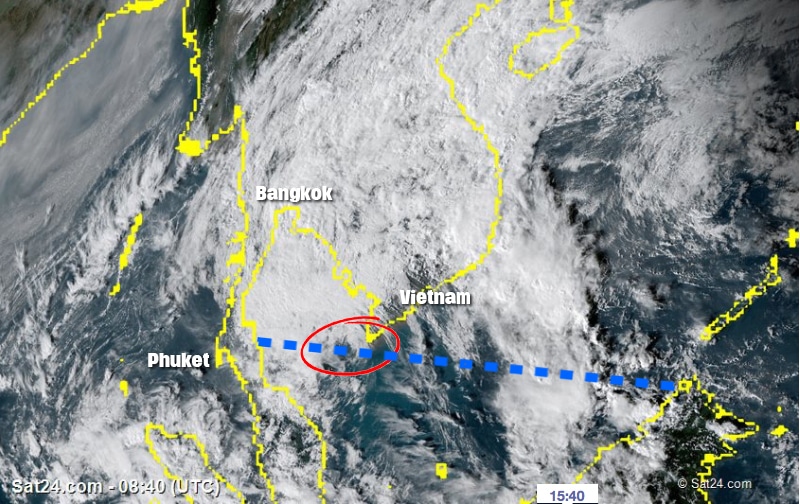 Fishermen have been warned of strong winds and high waves in the Gulf of Thailand as the result of typhoon “Tembin”, which has now passed through southern Vietnam yesterday and due to affect the southern coastal areas from Pranchuap Khiri Khan to Songkhla from tomorrow and Thursday.

Payao Muengngam, director of the Southern Meteorological Centre for the east coast, is warning the fishermen along the Gulf of Thailand to be cautious when going out to sea this week. Waves as high as four metres could be expected as typhoon Tembin approaches, while the storm will also dump heavy rain on the entire southern region.

Tropical storm Tembin has already wreaked havoc in The Philippines, killing more than 200 people. Payao said that the typhoon early on Monday had around 130 kilometre-per-hour winds at its centre.

“The riskiest areas that the storm will make landfall will be in Prachuap Khiri Khan, Chumphon, or the islands of Surat Thani around this Wednesday or Thursday, which will cause heavy rain and strong winds in the affected area,” she said.

“However, we expect that the storm will be weakened by the cold wind from China and if the cold wind is strong enough, it could lessen the severity of this storm to only a low pressure area.”

Meanwhile, Lertchai Sri-anan, adviser to the Royal Irrigation Department (RID), led a videoconference yesterday with regional RID offices, the Meteorological Department and related agencies to discuss preparations for Tembin, which will affect Bangkok as well as the southern provinces.

Weather modelling by the Meteorological Department and Hydro and Agro Informatics Institute indicate that starting on Wednesday the upper part of the country, including the Bangkok Metropolitan area, will receive precipitation, while there will be heavy rain in the South from Prachuap Khiri Khan to Songkhla, said Lertchai.

The RID has instructed regional offices in storm-affected areas to closely monitor the situation and be prepared for heavy rain and flash floods. The RID will also issue weather warnings to local authorities in affected provinces, telling them to warn the public about the coming storm. 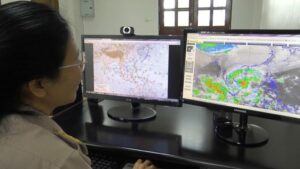 WEDNESDAY MORNING NEWS BRIEFING – All your local news in 3 minutes

How was the tsunami reported on the island 13 years ago?