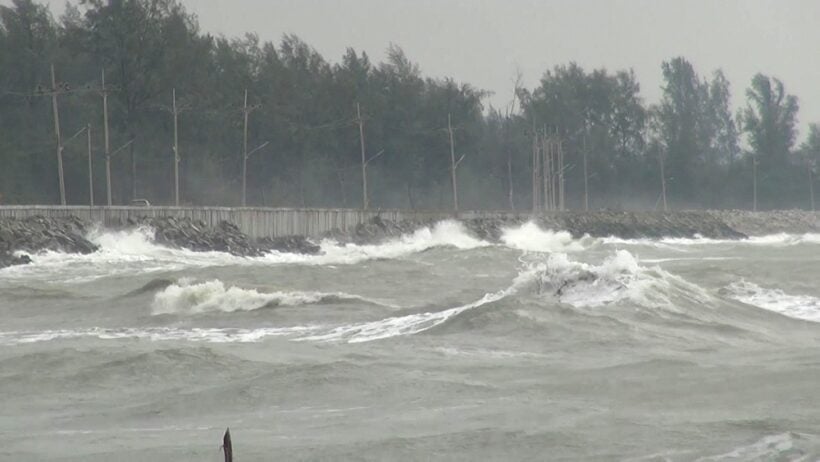 Storm Tembin has been weakened by cold wind, but is still causing heavy rain along the east coast of the southern region and rough sea conditions in the Gulf of Thailand, while cool weather and light rain covered the rest of the country.

The Meteorological Department issued a weather update today stating that Tembin had degraded into a low-pressure area covering the Gulf of Thailand by Tuesday afternoon. However, the department still warned the people in the South to expect heavy rain.

In the seventh warning for Storm Tembin, people in Prachuap Khiri Khan, Chumphon, Surat Thani and Samui Island were told to brace for heavy rain and flash floods during the course of this week. 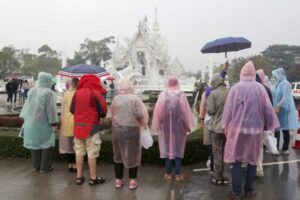 The low-pressure area in the Gulf of Thailand also contributed to high waves of up to four metres, so owners of small boats were warned against going out to sea.

Meanwhile, due to the effect of cold winds from China and westerly winds from Myanmar, the rest of Thailand, especially the North, will have light rain causing a greater risk of road accidents, so motorists should take extra caution when driving.

The weather in Bangkok was rainy and cool on Wednesday with the temperature around 20 to 22 degrees Celsius.

Rain is still forecast for Phuket from Friday and heavy rains for Saturday and Sunday.