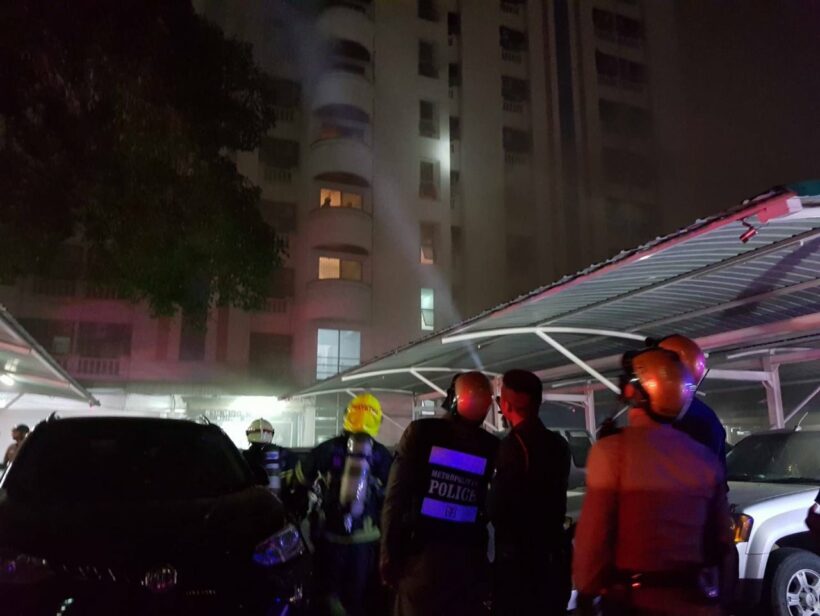 Three people have died and three others injured after a fire broke out in a Bangkok apartment early today (Tuesday), trapping 24 tenants.
The fire started at the 15-storey Ratchathewi Apartment building on Soi Phetchaburi 18 off Phetchaburi Road in Ratchathewi district at about 2am. Ten fire engines responded to the emergency call.
However, as the soi is too small for fire engines to enter, firefighters had to find other sources of water closer to the fire and connect water hoses reaching from the street to the burning building.
After the 24 tenants were rescued and the fire extinguished, firefighters found a man on the 12th floor who had apparently died from smoke inhalation. Another man was taken to hospital but later succumbed to his injuries at Ratchawithi Hospital.
Officials say three tenants suffered from smoke inhalation and were sent to the Ratchawithi Hospital and Phayathai 1 Hospital.
Bangkok Metropolitan Administration Governor Aswin Kwanmuang has declared the fired-damaged Ratchathewi Apartment building off-limits, pending a structural safety check.
The governor visited the building after the early morning fire. Aswin expressed his condolences over the loss of life and injuries. He said he has ordered the Ratchathewi district office to set up a tent to provide temporary shelter for affected tenants. 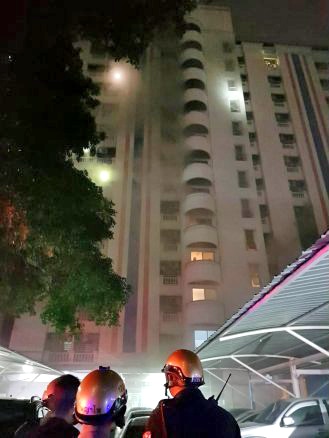 56 Rohingya found near Lanta Island have left for Malaysia