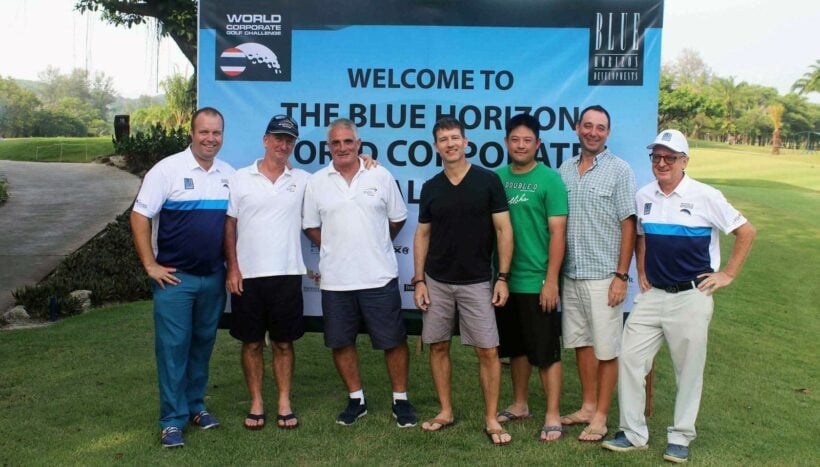 A solid field of 24 teams arrived at Laguna Golf Phuket with hopes of taking one of the final 3 spots in the final at the end of April. The highlight of the day was no doubt Andrew De Bruin, getting a hole in one on the 12th hole, the first ever hole in one in a WCGC Thailand event series.

Andrew will be hoping lightning can strike twice in the WCGC Thailand Final. Blue Horizon, the title sponsor, will be offering a 1 bedroom studio condo at their new development, the Grand Himalai in Kamala as a hole in one prize.

Andrew’s Hole in one helped him and his team mate Kevin Quilty from Mutihull Solution Asia qualify in 3rd place, they were joined by Rich Beams and Henry Chiew from Shadow Golf in 2nd place and in 1st place was Higher-Edge with a brilliant score of 45 points.

This completes the field for the final, where there will be 18 teams fighting it out to get on the plane to Portugal and represent Thailand at the world Final.

The World Corporate Golf Challenge is the biggest corporate golf tournament in the world and since its inception 22 years ago, over one million golfers have competed across the globe for the chance to represent their company and country at the World Finals.

To find out more about WCGC Thailand click HERE.