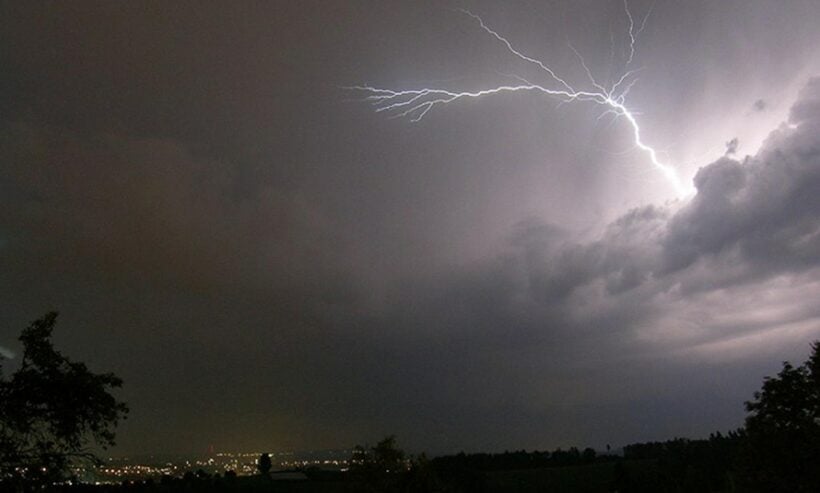 After storms battered parts of the north-east at the start of this week, affecting more than 200 homes, the Thai Meteorological Department has issued another summer storm warning. They say storms are expected to hit northeastern and eastern regions from next Tuesday followed by the central and northern regions, including Bangkok, on Wednesday.

They say the forecast bad weather is due to a “cold weather front from China which is anticipated to blanket the upper part of Thailand and the South China Sea on March 20 coinciding with the hot weather in Thailand.”

The TMD is warning residents to be ready for thunderstorms, strong winds, lightning strikes and possible hail storms.

There are no weather warnings out for the southern regions with partly cloudy and moderate easterly winds prevailing in Phuket for the forecast period up to next Tuesday.