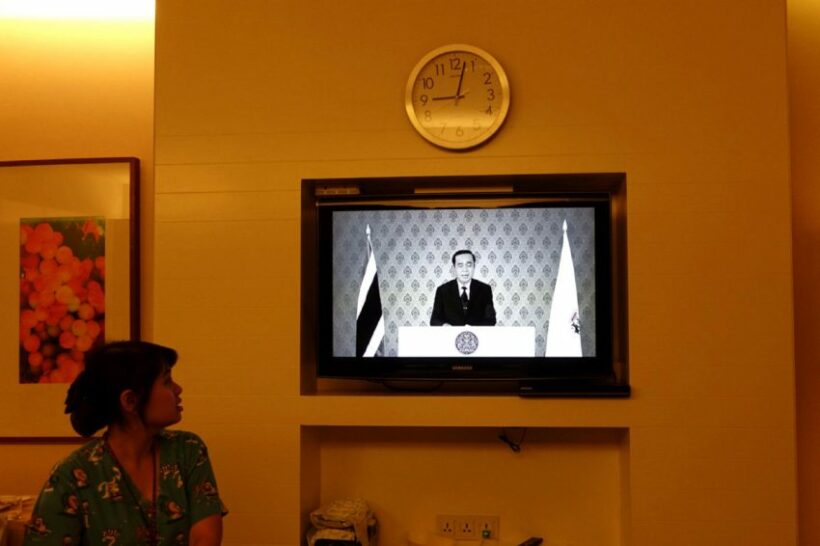 The Government is asking television broadcasters to return to black and white and show programs about His Majesty King Bhumibol Adulyadej during the 20 days leading up to his cremation, starting from October 1.

For the duration of funerary rites, the Thai Cabinet is asking all channels to cooperate by toning down their programming – to black and white and low-key content.

From 21 to 24 October, special programming to honour His Majesty will be shown, according to the Cabinet edict. Funeral rituals will be shown on 25 October, then from 26 to 29 October, the cremation ceremony of King Bhumibol Adulyadej will be aired.”

It is expected that special conditions will be places on the Kingdom’s radio broadcasters during the same time.