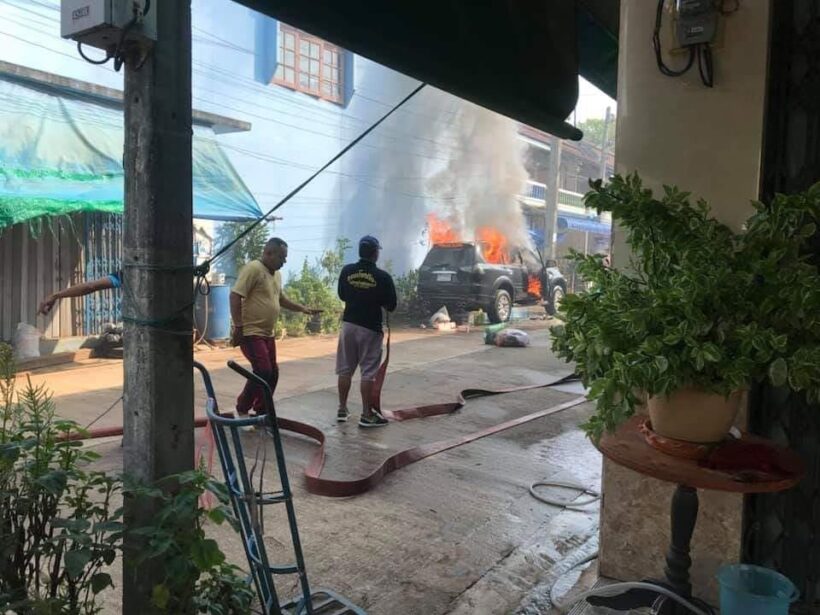 A SUV has caught fire while it was parked in the hot southern sun in Trang over the weekend.

Fire fighters in Trang were notified of the burning SUV in Yan Ta Khao District in Trang at 2pm on Sunday.

Fire fighters arrived to find the SUV ablaze. It took about 15 minutes to control the fire.

The SUV owner, 35 years old Tanchanok Sasri, says that she has parked the SUV outside her home for about two hours under the hot midday sun. A neighbour alerted the woman that her SUV had caught fire.

Tanchanok says she also lost 200,000 baht cash which was left inside the SUV.

Investigators are trying to find the cause of the original ignition of the fire that destroyed the black SUV. 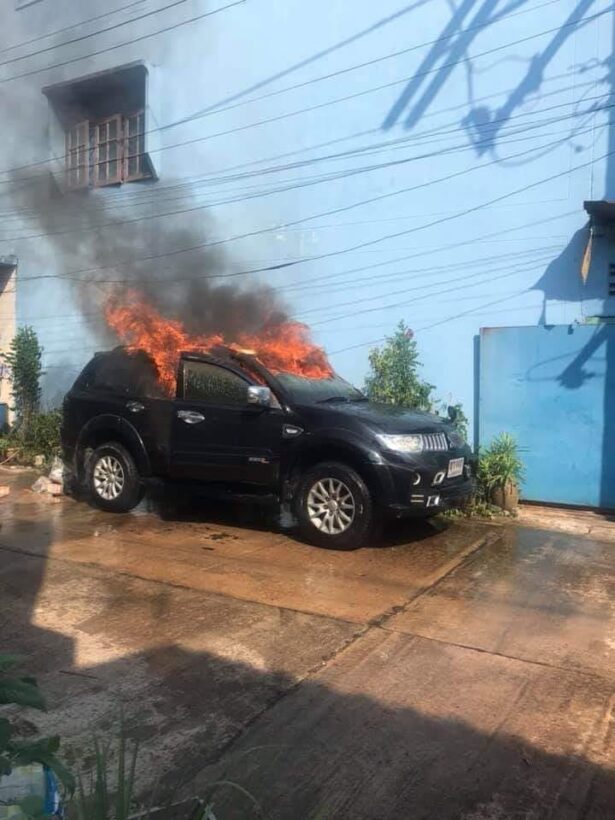 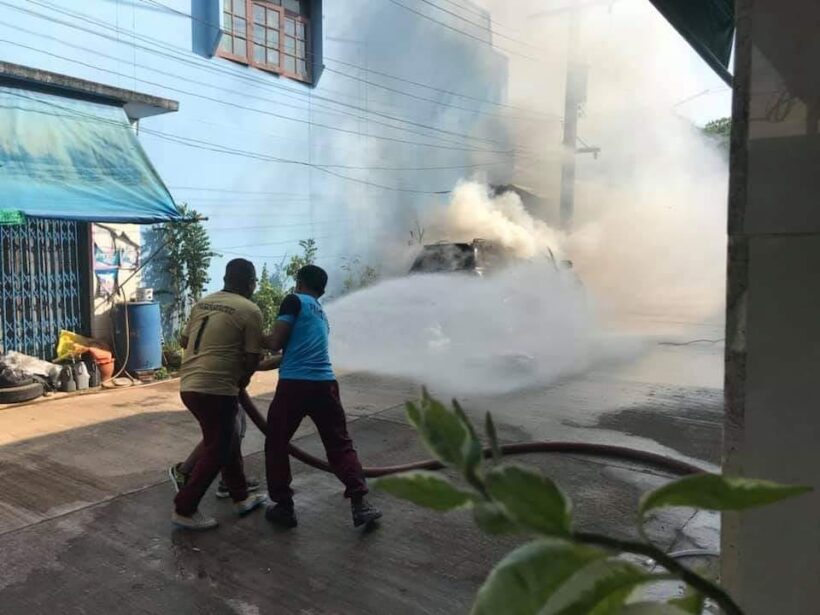 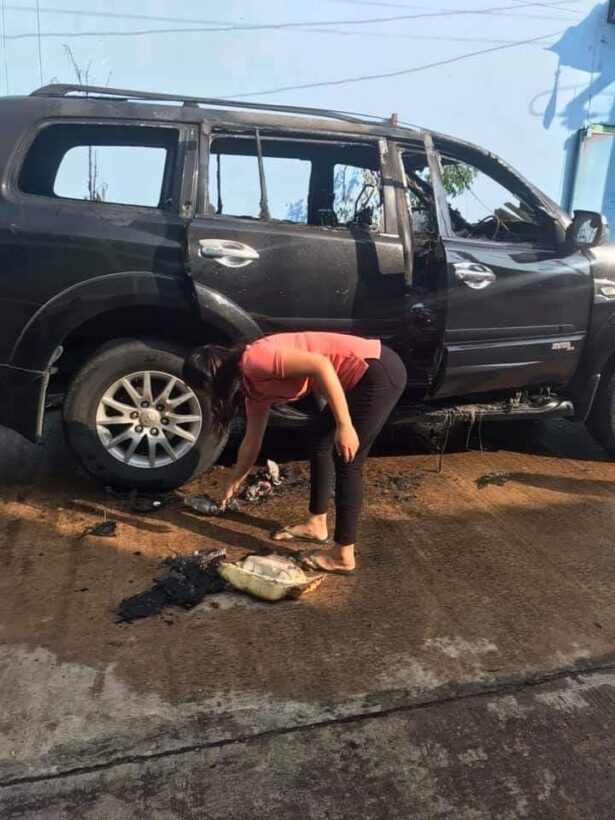