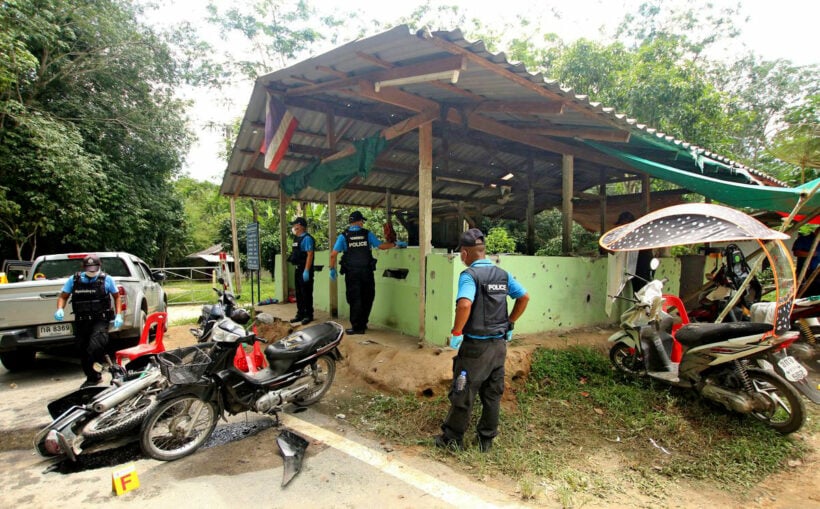 Nine suspects were arrested, but three were released shortly after checks showed they had no prior connections with the insurgency or criminal records. The rest were detained for questioning. Two other suspects were earlier detained as well in the days following the massacre.

Security forces found several knapsacks and bandages during the searches, but no weapons.

Police say background checks showed some of the six had existing arrest warrants, but more checks are needed to determine whether they were involved in the Yala checkpoint attack on Tuesday night.

Thai PM Prayut Chan-o-cha was reported to have ordered a partial curfew in some districts of Songkhla, Yala, Pattani and Narathiwat provinces, effective December 1. But a subsequent clarification from an official Army spokesperson say that there no such command but that they were looking at other ways to tighten security in the tour bled area.

The army says now that won’t upgrade the curfew in the troubled deep South following an attack that killed 15 people on Tuesday night.

A spokesman for the Internal Security Operations Command says, contrary to some news reports, no curfew would be imposed at this stage.

Read the rest of that story HERE.